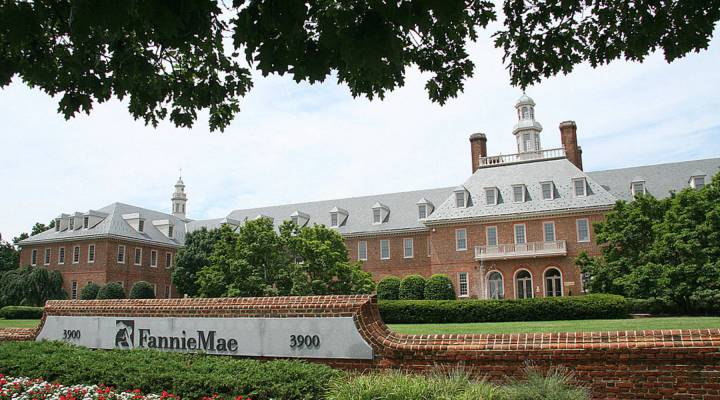 By many measures, the U.S. housing market is the strongest it’s been since the lead-up to the Great Recession. Home prices have returned to pre-recession levels nationwide. The foreclosure rate has fallen significantly. Mortgage rates are still low by historical standards.

And one complicated legacy of the housing bust could finally be dealt with under the incoming Trump administration and Republican Congress: resolving the fate of the so-called “government-sponsored enterprises” (GSEs): Fannie Mae and Freddie Mac. Both were rescued in 2008, at the height of the financial crisis, with hundreds of billions in taxpayer money, which they have now more than repaid to the U.S. Treasury. They are still owned by investors and their stocks are publicly traded. But they remain under government control, and now play a greater role than before the crisis in sustaining real estate sales and providing liquidity to the housing market.

The GSEs are New Deal responses to a previous crisis in housing — the Great Depression. At that time, banks were failing, unemployment was soaring, people were losing their homes to foreclosure, or simply abandoning them to look for work elsewhere in the country. The banks that remained open and solvent had limited funds to lend to would-be homebuyers.

So the government created the GSEs to assist with financing and liquidity — by purchasing good-quality mortgages from banks and selling them on to investors, freeing up bank funds to make new home loans, and absorbing some of the long-term risk of interest rate fluctuations.

“Both Fannie and Freddie were set up to ensure Americans had access to the lowest-possible-cost 30-year fixed-rate mortgages,” said Karen Petrou, managing partner at Federal Financial Analytics in Washington, D.C. Those mortgages carried an “implicit” guarantee from the GSEs, said Petrou: specifically, that investors would be made whole if borrowers didn’t pay, and the mortgages that the GSEs backed went into default.

That guarantee was never called upon until 2008 — when home prices crashed, and mortgage defaults (especially in the subprime market) soared, putting at risk mortgage-backed securities that were in turn backed by Fannie and Freddie. The federal government then took over the GSEs and provided $188 billion to bail them out.

Petrou said that at that point, the GSEs’ “implicit” guarantee became “effective” to investors in mortgage-backed securities, a situation that persists today: “So that if anything goes wrong in the economy or in their housing book, we as taxpayers are back on the hook,” she said.

Free-market conservative Republicans in Congress and President-Elect Donald Trump’s Treasury Secretary nominee, Steve Mnuchin, now want to sever those ties between the GSEs and the government, and to privatize Fannie and Freddie.

“Just about every mortgage that is originated in this country is guaranteed by the federal government,” said Whalen, referring to Fannie Mae, Freddie Mac and Ginnie Mae. “If you were to change that, the cost of a mortgage for your average consumer would go up several points — it would be more like 6 or 7 percent — because private investors are just not willing to take the risk.”

Whalen predicts that the political realities of anxious home-buyers, homebuilders, and realtors — contemplating a new housing market without the government backstop on 30-year fixed-rate mortgages — may temper Republicans’ zeal to fully privatize the GSEs.