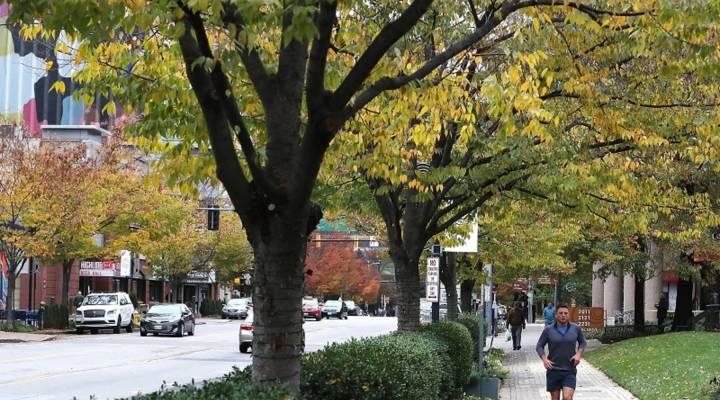 The Crystal City area of Arlington, Virginia, was one of the winners in the contest for Amazon's HQ2. Photo by Mark Wilson/Getty Images

The Crystal City area of Arlington, Virginia, was one of the winners in the contest for Amazon's HQ2. Photo by Mark Wilson/Getty Images

After a drawn-out bidding process for Amazon’s new headquarters in which 238 cities submitted proposals, Amazon announced that New York’s Long Island City and Northern Virginia’s Crystal City will split the prize. Reactions from the losing cities ranged from relief to bitterness to just plain sadness.

Atlanta tech entrepreneur Sanjay Parekh pointed out a silver lining: His city won’t have to follow through on a rumored costly incentive package.

so can we take the rumored huge Georgia incentive package that was thrown at getting Amazon HQ2 and fling 80% of it at funding Georgia startups and the other 20% at improving transportation throughout the state? #silverlining

In several cities that made it to the top 20, some officials were grateful for the publicity despite the loss.

“It is no longer a surprise for Columbus [Ohio] to be on the top lists of places to do business in America,” Mayor Andrew Ginther told the city’s ABC affiliate.

In Maryland, Montgomery County Executive Ike Leggett saw the upside to having nearby Crystal City win the bid.

“I will say it’s reassuring at least one part of the project will be located in the Washington region, and surely the greatest impact will be in Arlington [Virginia], but we can all benefit to some extent from that location,” he told Bethesda Magazine.

Of course #jerseycity would benefit if it’s in NY but I still feel this entire Amazon process was a big joke just to end up exactly where everyone guessed at the start. No real social impact on a city, no real transformation, no inspiring young residents that never had this https://t.co/QLQzQO7MhB

“We don’t like to lose. This does not make us happy,” Rawlings said at a press conference on Tuesday. “I like to win, so my heart’s broken today.”

Perhaps all these losing cities needed was a heartfelt “I’m sorry” to recover from the blow. The Austin ad agency McGarrah Jessee has that covered with these unofficial Alexa apologies. Alexa users can hear city-specific rejection messages with the “Please Apologize” skill designed by the advertising company.