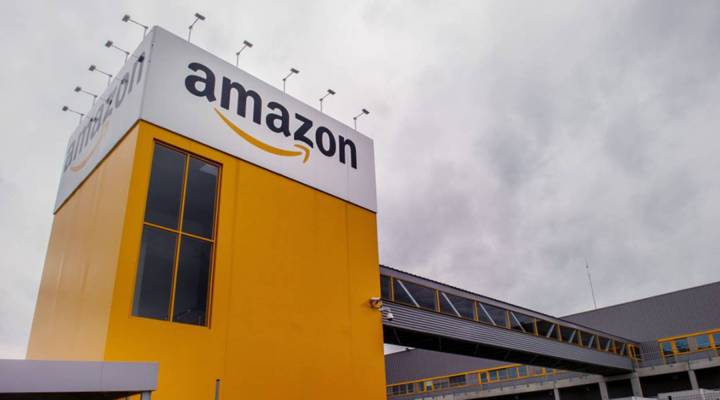 After holding a well-publicized, year-plus Olympic-style search for a home for its second headquarters, Amazon announced Tuesday that its second headquarters is going to be split between Queens, New York, and a District of Columbia area in Northern Virginia. That leaves most the other cities — Amazon received 238 proposals — on the losing end.

But in some ways, just competing may pay off. Driving through what’s known as Pittsburgh’s Robotics Row, City Councilwoman Deborah Gross points out the offices of Apple, Facebook and Uber — just a few of the big names in this 15-block stretch close to downtown Pittsburgh.

“There’s probably not a place where this many technology innovators in competition with each other are next-door neighbors,” she said.

All those companies have taken up residence in the past decade or so, transforming empty warehouses into offices and labs. The city didn’t have to do much to court them. They came to take advantage of the area’s highly skilled labor force. And since they arrived, Gross said not much has improved — the city can barely keep up with new residences and businesses and still tend to those that have already been there.

Amazon has an office here, too. But when the company announced it was looking for a second headquarters, Pittsburgh realized it was going to take a lot to lure Amazon a second time. So more than 400 hundred people — from government, business and higher education, along with a team of highly paid consultants — studied every aspect of the region to prepare the 300-page proposal for HQ2.

“If it takes a catalyst like that to bring people together in a room to really assess what our needs are, what are social needs are, what our infrastructure needs are and how we can do better to meet them, that’s not a bad thing,” Gross said.

David Ruppersberger with the Pittsburgh Regional Alliance worked on the proposal said the process confirmed much of what they already knew — that the city’s schools weren’t that great and the transportation system needed to be improved. And that when it comes to ethnic diversity, the region is lacking. Still, he said, it was important to compete.

“We recognized that the odds were long, but we also recognized early on that there were going to be benefit to this regardless of whether we were selected or not. And we feel like we’ve already won,” he said.

Won, because Pittsburgh now has a detailed and data-rich profile of itself that it can use to drive improvement. And since making it onto Amazon’s short list of finalists, other companies have come calling, what Ruppersberger calls “mini Amazons.”

Like Affirm, a financial tech company that said last month it will set up a big office in Pittsburgh. And the Pittsburgh airport has been landing more direct flights to other tech hubs; earlier this year, a direct flight started to Seattle.

Pittsburgh was already in line for the flight, but Christina Cassotis, CEO at the Pittsburgh International Airport, said the timing looked good nonetheless and made it easier to court other airlines and flights.

“Amazon gave us a great platform to say, ‘See, look, we’re in contention for this,’ and that was really, that was a fantastic calling card for us,” she said.

Just competing can be good business for a city, said economist Timothy Bartik with the Upjohn Institute.

“The whole process of trying to figure out how you attract the company might lead to better management of key public services,” he said. That’s a lesson other cities may have learned.

Back in the ’90s, United Airlines was looking to build a new maintenance facility that would create 5,000 jobs. The finalists were Indianapolis and Oklahoma City. When Indianapolis won, Oklahoma City pressed United to reveal why.

“They finally disclosed that they had sent in some mid-level executives and their spouses and asked them to spend a weekend in Oklahoma City and report back to the board of directors in Chicago. And when the board looked at that report, they just decided they couldn’t imagine their employees living there,” said former Oklahoma City Mayor Mick Cornett.

It was hard to hear, but it spurred the city to improve its downtown and outdoor space with hotels and restaurants and bring in sports teams. And those changes attracted new companies. Cornett said the United facility was “the best thing that didn’t happen.”

Years from now, some cities may be saying the same thing about Amazon HQ2.