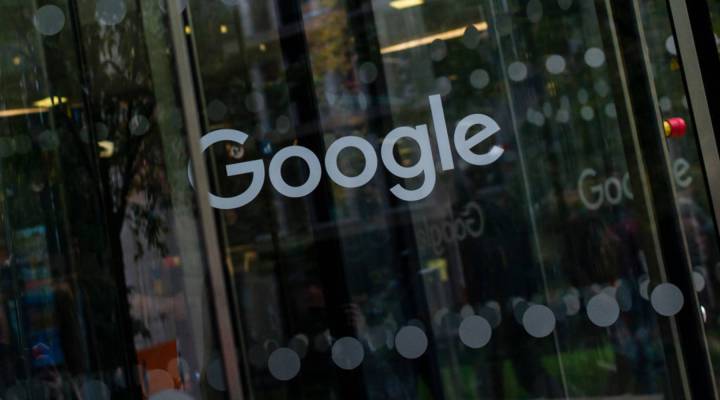 Europe and the United Kingdom have been coming hard at the tech industry lately: tough privacy laws, fines for anti-competitive behavior, new types of copyright laws, and earlier this week, something called a “digital services” tax from the U.K. Starting in 2020, the U.K. will take 2 percent of online revenue from big tech companies that make more than $600 million a year. The rest of Europe is planning a similar tax, and the idea has even spread to South Korea, India, Mexico, Chile and other countries. We dig into this digital tax idea in Quality Assurance, the Friday segment where we take a deeper look at a big tech story. Molly Wood talked with Mark Scott, chief technology correspondent at Politico. He said this is part of a larger trend. The following is an edited transcript of their conversation.

Mark Scott: So this comes down to the complications of international tax law, which is obviously not something that your listeners care so much about. But it does mean a lot to European governments, many of which are still suffering from 10 years of austerity and sluggish growth. So they see the record profits, say, Facebook put up … and this is a tax specifically focused on Amazon, Google and Facebook, to be clear. They see them generating a significant amount of revenue and profit, in the regard to Google and Facebook, and they want a piece of that pie.

Molly Wood: Let’s talk about the fairness argument for a second, the idea that it’s a fair share. Does it make sense that a Google search should pay to fill potholes in London?

Scott: The view is this: So if I make a Google search, and I get advertising shown on the Google results next to me, and I click on one of those links, at the moment, the British government doesn’t think they are getting a slice of that action, and therefore they want that. They are saying there is added value being created within the border of the United Kingdom, and therefore, Google, at the moment, through a variety of legal but complicated tax structures, is siphoning that money back to Ireland, where there’s a very low corporate tax rate, and then eventually back to the states.

Wood: How might the tech companies respond? What’s going to be their play if and when this tax rolls out?

Scott: Worst-case scenario: They could decide to leave, which is not going to happen, purely because they do generate a lot of income from these countries. Best-case scenario: They pay up because it becomes a levy they just can’t avoid. Mid-case scenario is they lobby the hell out of the British government and other European governments over the next two, three years and they water down the proposals to a point where they can live with it.

Wood: Right. It’s in the U.K. now, I know the European Union is considering its own tax of big tech. Is it part of a comprehensive effort inclusive of [the General Data Protection Regulation] and copyright technology regulations to sort of rein in the power of these companies that have so much impact and generate so much revenue?

Scott: I don’t think this is a protectionist effort by Europe. I think that they do genuinely see this as an effort to level the playing field and get these large multinational companies to pay their “fair share” domestically. The issue is though that added up, there is a view that yeah, these companies are in the frame of the European regulators and they’re coming after them.

Wood: There does seem to be a little bit of tension in the U.K., specifically about tech. On the one hand, you’ve seen Theresa May make some overtures to the tech industry and try to say, “We’re going to be a great tech hub.” And that is, you know, going to be a great driver of our economy post-Brexit. On the other hand, there’s a tax like this which could be a bit more of a buzz kill, right? What is the tension there?

Scott: That’s exactly what the tension is. It’s the “I want to eat my cake and have it too” approach. There is no easy way to get around this. They want both. Some of this is because of the “techlash,” and there was a public pushback against Big Tech, as there is in the States. But, conversely, both Google and Facebook have invested or plan to invest each $1 billion into London for a new European headquarters. So there is a difficulty that Theresa May and others are having here in which they need tech post-Brexit, but they also want their money. And they don’t really know how to square that circle.

And now for some related links from Molly:

It’s a little thin today because I have jury duty, so I had to do the show in advance. I don’t want to be too outdated, but I do want to point you to a wonderfully written New York Times book review by my friend David Streitfeld about a book called We Are the Nerds: The Birth and Tumultuous Life of Reddit, the Internet’s Culture Laboratory. The book, and the book review, are  relevant because of this conversation right now about how much different parts of the internet have been vectors for hate speech, radicalization and very terrible stuff, and us asking to what extent the platforms in question are responsible for that stuff. And the review is great for many reasons, but especially the line that says: “The great achievement of the social internet was to unleash jerkdom for many while monetizing it for a few.” Wish me luck with my civic duty. I hope to be back with you next week.