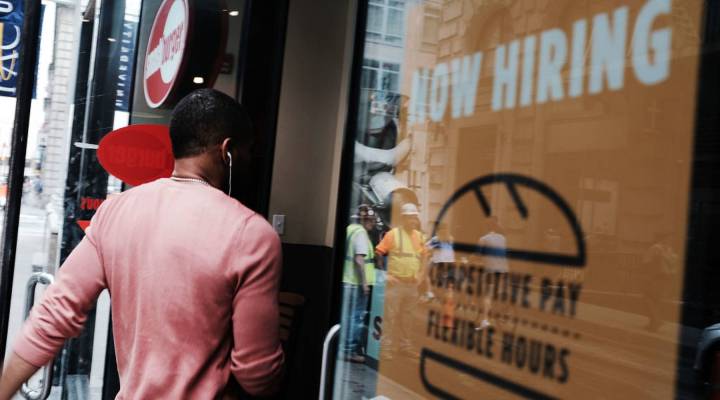 The last time the U.S. unemployment rate was roughly as low as the 3.7 percent it is now — December 1969 — the economy was overheating, inflation was spiking and a short recession soon followed.

Could that happen again?

Probably not anytime soon, most economists say. Yet there are some surprising similarities between today’s economy and the late 1960s, when the unemployment rate remained mostly below 4 percent for four straight years.

The jobless rate, the government reported Friday, is now at its lowest level since the 3.5 percent it reached 49 years ago. And the strength looks likely to endure. There are a record number of open jobs, consumers are confident and economic growth has been brisk. America’s economic expansion is now the second-longest on record, having already surpassed the boom of the 1960s.

Despite the similar jobless rates, the economy then was very different and by some measures stronger. Nearly a third of U.S. jobs were in manufacturing, which provided solidly middle-class pay and benefits. Prosperity was more broadly shared, with less economic inequality.

It’s a period that is frequently recalled with nostalgia, although racial and ethnic barriers, educational disparities and institutional sexism prevented many millions of Americans from participating in it.

“Prosperity has become the normal state of the American economy,” a White House report in 1969 said.

Incomes, even after accounting for taxes and inflation, jumped 7 percent in 1964, the best showing of that decade. The biggest annual gain in the current decade, so far, was just 4.2 percent in 2015.

“A family could afford to live on one income and own a house and a car,” said Diane Swonk, chief economist at Grant Thornton, a tax advisory firm.

In the late 1960s, more than 95 percent of men in their prime working years either had a job or were looking for one; today’s corresponding figure is roughly 89 percent.

Still, a sharp influx of women into the workforce in the 1980s has offset the decline in men in the job market. Overall, a greater proportion of Americans are now working or looking for work than back then.

Back in December 1969, a mild recession was beginning. The long stretch of low unemployment had led to a classic case of an overheating economy. Growth was a robust 5.8 percent in 1964. Yet President Lyndon Johnson added more stimulus by ramping up government spending to pay for his expansive “Great Society” anti-poverty programs and for the Vietnam War.

Steel mills and other factories cranked out more goods to support the war effort. Annual growth topped 6 percent in 1965 and 1966. The unemployment rate fell below 4 percent in February 1966.

With more Americans splurging on appliances, televisions and cars, inflation started to accelerate. Prices jumped 4.7 percent in 1968. One in three workers belonged to a union, and many union contracts required annual cost of living increases. So did many non-union contracts.

All that ignited what economists call a “wage-price spiral”: Paychecks grew to keep pace with inflation. Inflation, in turn, rose as companies raised prices to afford to pay those higher wages. Inflation hit 6.2 percent in 1969. The stage had been set for more than a decade of soaring prices, escalated by gasoline-price spikes in the 1970s.

Responding to runaway inflation, the Federal Reserve jacked up the short-term interest rate it controls to nearly 9.25 percent in the fall of 1969. Congress also raised taxes in a belated effort to pay for the war and social spending. That double-whammy tipped the economy into a recession, with annual growth plummeting to just 0.2 percent in 1970.

In December that year, the unemployment rate jumped to 6.1 percent. The rate wouldn’t fall below 4 percent again for nearly 30 years, until September 2000.

By many measures, the U.S. economy is now in a far different place. The Fed’s biggest chronic problem hasn’t been overly high inflation. Until very recently, the problem has been overly low inflation. The Fed’s preferred inflation gauge remained below its 2 percent target for six years until finally touching it in May this year.

In part, that’s because consumer spending is comparatively weak. And, as a consequence, economic growth hasn’t topped 3 percent for a full calendar year since 2005 — never mind the 6 percent it achieved in the mid-1960s. Inflation has also been constrained by price competition among online retailers, low-priced imported goods and relatively weak pay raises for many Americans.

After the 2008 financial crisis, the Fed kept its benchmark rate at a record low near zero for seven years. Even after a succession of rate hikes, the Fed’s key rate remain in a still-low range between 2 percent and 2.25 percent.

Still, there are parallels between the two eras. The economy had already grown, if modestly, for more than seven years when President Donald Trump added stimulus in the form of corporate and individual tax cuts. Congress later passed legislation that increased spending on defense and social programs.

And while inflation remains low, Trump has imposed tariffs on steel and aluminum and about half the goods the United States imports from China. It has also threatened duties on imported cars. Tariffs tend to elevate inflation by raising costs, which could lead the Fed to step up the pace of its rate increases.

“That’s a risk that some economists have worried about,” Andrew Chamberlain, chief economist at the jobs website Glassdoor, said. “We could have a hangover effect.”