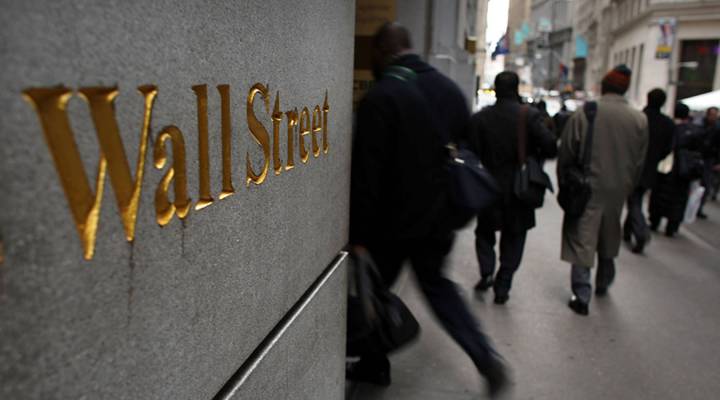 This week, we’ve been covering how technology has changed investing and will continue to do so. And it’s perhaps no surprise that the conversation leads us to artificial intelligence. A Wall Street industry poll earlier this year said a majority of hedge funds are now using artificial intelligence and machine learning to help them make trades. These huge quant funds are even fighting Google and Facebook for engineers to crunch tons of data and build algorithms to predict the next great stock buy. This has all made markets faster, more efficient and more accessible to online investors. Yet there are some worrying aspects. Molly Wood talked with Simone Foxman, reporter for Bloomberg, who says big hedge funds are hungry for data. The following is an edited transcript of their conversation.

Simone Foxman: They’re scraping the web for mentions of companies. They are using credit card data and trying to predict a company’s behavior, based on the number of subscriptions they can parse out to The New York Times. That is a real example that I’ve heard of. There’s also some satellite data that’s used.

Molly Wood: So … as you look at the data analysis and the artificial intelligence, do you see a potential for an obvious predatory direction for this new technology?

Foxman: I actually think it’s more about privacy. The kinds of data that the really high-end firms are using isn’t as anonymized as you might think. And regulators don’t seem to care that much about this. But there’s a lot of information that people can parse together about you, particularly if you don’t live in someplace like New York City. If you’re one of 10 millionaires in a small town in Oklahoma or something like that, there’s a lot of information about you that can be traced to you specifically. So the ways that people put these data together is a little bit disturbing, and there’s not a lot of oversight there.

Wood: As we look ahead to the potential next financial crisis, what risks does more automated trading, more AI, come with?

Foxman: I think the risk is that computers behave together, and that, similar to what we saw a little bit in the flash crash, that something sets them off and they suddenly trade all together. But I think there’s also a bigger question, and this isn’t as much a financial crisis per se, but potentially a long-term financial problem. And that is: How important is active investing? Like, do we want to be involved in deciding this is a good company, that is a bad company? Because the way the system currently stands is that a lot of this is just based on what computers decide, and it’s not based around human perceptions of whether a company is going to do well or badly.