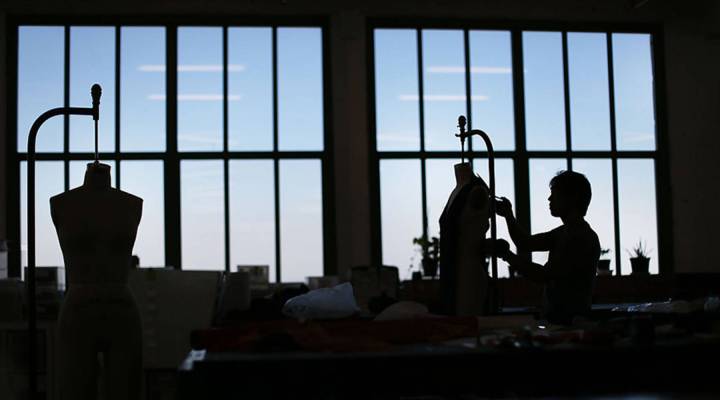 A patternmaker works on a garment in New York City in 2014. Spencer Platt/Getty Images
Listen Now

The Trump administration will impose tariffs on $200 billion worth of Chinese products starting next week as President Donald Trump first threatened in June. Hundreds of people have testified and submitted written comments about the impact of the proposed tariffs on U.S. industries, including Julia Hughes, president of the United States Fashion Industry Association. Now that the White House is moving forward on its proposal, Marketplace host Kai Ryssdal got Hughes back on the phone to check in. The following is an edited transcript of their conversation.

Kai Ryssdal: So we had you on in August, which somehow seems a very long time ago, as you were testifying before the [U.S. Trade Representative]. What do you make of the latest developments in this whole tariff situation?

Julia Hughes: Gosh. You know, we’re pretty concerned. You know, just for consumer products, I mean, it’s hats, it’s handbags, it’s furniture, it’s lighting, its gloves. There’s a lot of products that are on this list that consumers buy and use every day.

Ryssdal: Your members, though, have obviously their bottom lines on the line, as it were. How long do you suppose they will be able to protect consumers from the effect of these tariffs?

Hughes: You know, in terms of what the pricing is going to be in the short term, most products, obviously they’re covered by contracts, and so the price that the retailer brand is able to pay is, that’s already fixed. So, you know, we’re probably not going to see prices go up immediately, but we will start to see them going up over time. Some of it depends on so what’s the implementation? There still are a lot of uncertainties.

Ryssdal: Do you have a plan B? I mean, we talked last time about how dependent a lot of your member companies are on China. Could you go to Mexico or elsewhere in Asia?

Hughes: You know, absolutely there are other places that companies can source. The problem is that there’s no place that every company can go source. There aren’t a lot of places that can replace China.

Ryssdal: All right, so here comes the $64,000 question: Do you think these tariffs are going to work? Is the president going to get what he wants?

Hughes: Well, no. I mean, that’s the most concerning part of all of this. And, you know, we’ve tried to be thoughtful in our testimony and in our comments to the administration. We get it. There are serious issues in the trading relationship between the U.S. and China. Particularly for intellectual property and the technology transfer issues. But I still don’t see that what’s going to actually get a solution and get a positive outcome are the tariffs. I mean, the tariffs maybe feel good. It’s a unilateral decision. The problem is how do we get them off and how do we get to a conclusion without somebody having to say they backed down or some kind of trade war that goes on for a long time?