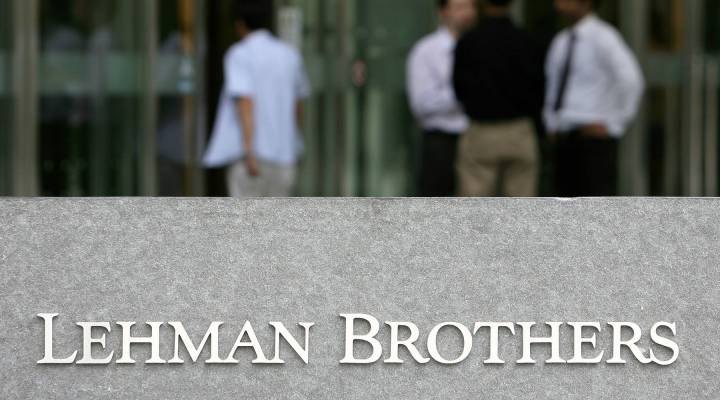 Lehman Brothers was around for over 150 years before it filed for bankruptcy in 2008, marking the beginning of the global financial crisis. Unlike firms like AIG who had federal bailouts to back them up, Lehman was on its own. Tom Russo, former general counsel of Lehman Brothers and later, AIG, talked to host Sabri Ben-Achour about what would have hypothetically happened if Lehman Brothers had received relief from the Fed and why under certain circumstances “bailout” doesn’t need to be a bad word.

Sabri Ben-Achour: What was it like on Lehman weekend to be in the center of it all?

Tom Russo: Well, it was like any other weekend. No, it was, it was nerve wracking. This great line from Kipling and from the poem “If,” – “If you can meet with triumph and disaster, and treat those two impostors just the same.” And during that weekend, we were going to be saved, we weren’t going to be saved. It was the ultimate low in being told essentially that we had to file for bankruptcy by the government.

Ben-Achour: Tim Geithner, president of the New York Fed at the time, Treasury Secretary Hank Paulson, Fed Chair Ben Bernanke, they all said that they couldn’t find a buyer for Lehman, and that you didn’t have enough collateral for a bailout. Here’s what Ben Bernanke told our afternoon host Kai Ryssdal in an interview earlier this year:

“But there you’ve got to have a company which is fundamentally viable and just short of liquidity and Lehman was not viable. And, so that strategy didn’t work. We didn’t … it wasn’t a choice, we didn’t have the tools to prevent failure.”

Ben-Achour: What do you say to that?

Russo: Well, my comment is, that’s patently false. First of all, during that weekend, the people who were there in the room never heard anything about the lack of power. Number two, Ben Bernanke, when he testified eight days later to the Senate Banking Committee, explained, when asked specifically why they let Lehman go to save AIG, he civically said, “Well, we thought the marketplace could basically handle Lehman because it had been well known that Lehman had a problem.” In 2010, before the financial crisis commission, he said, “Well, I wasn’t too forthcoming. We actually didn’t have the power.”

Finally, as to the assertion that they didn’t have the collateral, that is nonsense. There was a great book by Lawrence Ball – which I really recommend, it’s on the Lehman bankruptcy – he spent four years, he was chairman of the economics department at Johns Hopkins. He’s no slouch. He looked at the collateral and according to his estimate, there was at least $122 billion of collateral that they had. And if you take out that repos that they would have done anyway, they had $114 billion that they could have used. I’ll put this in perspective: A few days later, Morgan Stanley, they borrowed $107 billion and Goldman at one point borrowed $69 billion.

Ben-Achour: Why do you think they did it?

Russo: Some people say that was a vendetta against Dick … some people say that the former chairman of Goldman had a way to get rid of a competitor, I didn’t believe any of that, then or now. What I believe happened was that after Bear Stearns and after Freddie and Fannie were bailed out, the public didn’t want any part of it. So there was this herd effect. The newspapers were saying it was a great thing that they let Lehman go. And I think that it was a political decision. And I think the assumption was that it would not do the kind of damage that it actually did.

Ben-Achour: But if they did go around bailing absolutely everybody out, doesn’t that create the moral hazard problem that everyone worries about? Specifically, you’re rewarding people for taking risks knowing that they’re going to get bailed out, it doesn’t matter what happens?

Russo: In terms of the moral hazard, AIG is a great example. What happened to the management of AIG? Basically gone. What happened to the shareholders of AIG? They got creamed. So it doesn’t mean that when you save an institution, you’re saving the executives, you’re saving the shareholders. What you’re doing is you’re trying to prevent a systemic problem that affects the entire community. “Moral hazard” is a buzzword. It sounds good. The public didn’t like “bailout.” But a profile in courage means doing things when the public may have one view, but it’s short term. In the long run, what they did by bailing out saved the economy.

Ben-Achour: How do you think things would have gone differently if Lehman had been bailed out?

Russo: Well, of course it’s a hypothetical, but I think things would have been better. There was a mixed message, right? They bailed out Bear Stearns, Freddie and Fannie, and then when they didn’t bail out Lehman, there was a question of what’s happening. The government being there for Lehman would have sent a very, very important message that it wasn’t going to permit a run on the bank. On Lehman, the Fed gets a real “F” but on everything else that the Fed did to save the economy, I would give it an “A.”

Ben-Achour: You think there should be more bailouts, or at least that they’re a good tool, right?

Russo: Let me be clear, it would only be in a situation where there is a real systemic threat. It doesn’t mean that the executives get away with anything. To me, what the central banks should be, it’s being there with a liquidity loan collateralized. And the reason is to prevent a run on the bank. It is the same rationale that the FDIC insurance is all about. You want to send something psychologically into the marketplace and saying “behave in a way that everyone is working together in a business-like way” as opposed to “I want to get my money out.” And that’s just the reality. It’s a psychological thing that happened during this crisis and that’s why what they did after Lehman was brilliant.

Ben-Achour: So if I understand correctly, you’re basically saying that a bailout properly done can still hold decision makers and risk takers accountable while still preserving the relationships that make these institutions so important to the broader financial system.

Russo: It’s looking at the institution and the systemic risks and not about the people. You could replace executives.

Ben-Achour: As you mentioned, the Federal Reserve doesn’t have the same authority to do bailouts as it used to. How would you want that to change?

Ben-Achour: You went on to be general counsel of AIG. which as you mentioned as we all know, did get bailed out. How did that bailout hang over that company and affect it sort of day to day, culture and operations.

Russo: Dramatically. Peter Hancock, Bob Benmosche and I met with Sarah Dahlgren [Fed official responsible for AIG at the time] every week and we would talk about the last week and what’s going to happen the next week. Because they lent us so much money, to do anything, we had to get approval, thousands of approvals to do anything. I just thank God that the Fed had someone of her caliber who realized that sometimes you hold onto things and just don’t sell them in a fire sale. What we’re trying to do is … run a company and keep it alive. On the other hand, pay off this massive liability. This was such a big, big part of what we’re trying to do, the balance of running a company. The morale of the people … it got so bad at one point, because it was AIG, we were bailed out, the public was so annoyed, we had to take the pictures of the employees off their ID because there were death threats and what have you. And the other thing that’s important is AIG at the time of the bankruptcy had well over 100,000 people. The people that “caused the problem” were, relatively speaking, a handful. And so everybody gets tarred, and in Lehman’s case, I thought that was particularly unfortunate since the issue, first of all, was leveraged by everybody. Everyone was leveraged and I might add that those leverage ratios – who set them? The government.  This gambling going on here. Who set the gambling rules? Who set the leverage rules? The government. The government was very well aware. The government pushed homeownership.

Ben-Achour: You were at Lehman for 15 years. What are you most proud of? What do you regret?

Russo: Well, I’m most proud of the culture. The culture was fantastic. People were were very helpful. We had the ability to laugh. So the culture rings out to me and actually brings a smile to my face. The regret was that this whole thing was so unnecessary. And know I asked myself what more could have been done? We reduced the balance sheet. We tried to sell the company, we try to do all sorts of things, but when you’re in a tidal wave sometimes you get drowned. But that should not have happened, not only for Lehman but for the rest of the country.