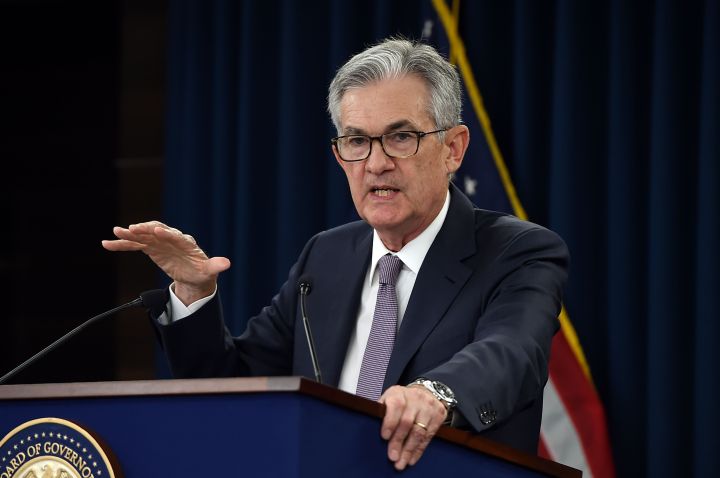 The repo market has nothing to do with cars or other purchases getting repossessed, but it is a crucial part of the financial system. And most of the public doesn’t really know much about it.

Essentially, repurchase agreements — or repos — are how banks borrow cash from money market funds, often overnight. But the interest rates for these loans soared on Tuesday to nearly 10%, sending panic through the markets before the Federal Reserve calmed the repo rates. Fed Chair Jerome Powell addressed the concern in a press conference Wednesday following another cut to the federal funds rate.

“Marketplace host” Kai Ryssdal spoke to Bloomberg reporter Liz McCormick about what happened to the repo market and why the Fed is taking action.

Kai Ryssdal: We have to explain this thing called the overnight repo market in as layman’s terms as we can imagine. What is that?

Liz McCormick: Well, I think the best way to think about it as just like you and I can borrow money and go to the bank, institutional investors, big banks and asset management funds, they borrow and lend money and securities, sometimes on a very short-term basis, sometimes maybe just for a day. And the overnight repo market is that, where banks may want to borrow money, and big, huge money market funds may want to invest some of that money we all invest with them. So they do, in a sense, a swap. These money market funds give the banks cash, and the banks say, “Oh, thanks for that cash. We’ll pay you interest, and as collateral, you can take these Treasury securities.” So they’re just short-term loans.

Ryssdal: And is it just to settle up the books overnight? I mean, is that literally what it’s for?

McCormick: Not necessarily. Sometimes the banks and the dealers need the securities to settle books, but many times it’s a way of getting financing for a lot of the banks.

McCormick: That’s right. Exactly. For sure.

Ryssdal: All right. So what happened the past couple of days that the Federal Reserve had to jump in here? Because it seems to me that if this little mechanism doesn’t quite work right, then there are liquidity problems. People just don’t have enough cash.

McCormick: Right. Well, the repo market is something that always has its bouts of issues. Of course, during the financial crisis, it was Lehman [Brothers] partly having trouble getting their funding and repo that helped bring them to bankruptcy. But we have special seasonal factors at quarter and a year end when there’s kind of some weird anomalies that make liquidity tough to find in the repo market. We have repo rates, like you said, kind of go crazy high, over 10%, which is well above what they normally are. And, you know, Chairman Powell spoke today in a press conference and he said he feels strongly that, you know, what they did in the last two days worked. If they need to do more, they’ll do it. But for now, he thinks that they’ll do this as they need if it comes up again.

Ryssdal: OK. Look, you mentioned Lehman Brothers and the “end of the world” repo issues that we had, I guess it’s 11 years ago this month. You seem to kind of blasé when you were saying it. So can I impute from your tone that you’re not that worried about this one?

McCormick: Right. So I think we should all be clear to say this isn’t like a big financial crisis. You know, it’s about forces that are sapping liquidity, things that the Fed can address and is slowly addressing. There’s some structural issues since regulation. Regulators did a lot of things, so the banks are safer. But yeah, let’s be clear, it’s not a big credit crisis looming. This is some kind of “in the weeds” of the wholesale funding market that helps institutional investors do what they need to do, and it is affecting the Fed’s key rate. So that’s why the Fed’s involved.

Ryssdal: So there is this overnight market. It got a little crazy. The Fed knows about it. But everybody calmed down.

McCormick: Yeah. And let’s not go that far to say it’s over. The Fed is prompt, people feel like maybe bigger action needs to be taken and the Fed kind of promised they will. So we’ll see how that plays out.