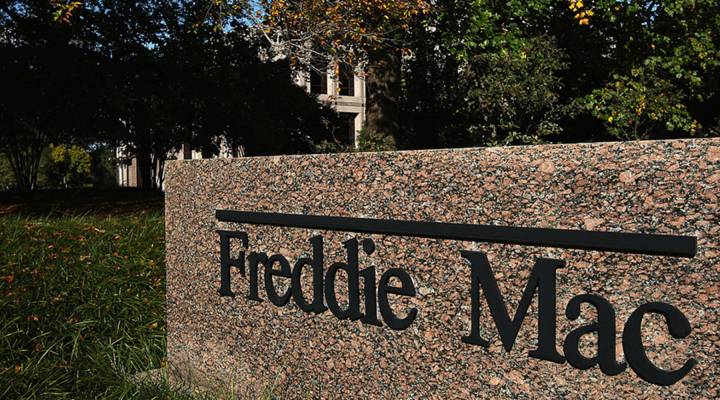 Ten years ago Thursday, yet another weekend financial bailout was in the works. This time, the U.S. government had agreed to take over Fannie Mae and Freddie Mac, the two mortgage giants, to stem losses from subprime mortgages and help stabilize the crumbling housing market. A decade later, the housing market is thriving, but the two companies are still under government control.

To understand why, let’s go back for a moment to the summer of 2008 and the drip-drip of bad news about Fannie Mae and Freddie Mac. At the time, the two companies owned or guaranteed nearly half of U.S. mortgages. Fannie and Freddie were publicly traded companies, and still are, but they were created by Congress to keep capital flowing to the housing market. They do so by buying mortgages from lenders, packaging them into securities and guaranteeing investors will be paid even if the underlying mortgages go bad.

That guarantee helps keep mortgage rates low, but as defaults piled up after the housing market turned, Fannie and Freddie were losing money fast. At the time, Rodrigo Lopez ran a commercial mortgage banking firm that sold mortgages to Fannie and Freddie, NorthMarq Capital. He remembers the panic in the market.

“I had many friends who had companies that failed,” he said. “Markets were freezing, the availability of capital was going away and the housing finance system was in the process of collapsing.”

Then, on Sept. 6, 2008, taxpayers came to the rescue. The Federal Housing Finance Agency seized the two companies, placing them in conservatorship. The next morning, Treasury Secretary Henry Paulson held a press conference.

“Fannie Mae and Freddie Mac are so large and so interwoven in our financial system that a failure of either of them would cause great turmoil in the financial markets here at home and around the globe,” he said. The bailout allowed the Treasury to buy billions of dollars in Fannie’s and Freddie’s stock, giving the companies a much-needed injection of cash.

“The goal was for it really to be a temporary conservatorship, or as Hank Paulson called it at the time, a ‘time out’ for Fannie and Freddie,” said Josh Rosner with research and consulting firm Graham Fisher & Co. “Here we are 10 years later. It hasn’t been temporary, that’s for certain, nor has it really been frankly restoring Fannie and Freddie to solvency.”

The companies have made money as the housing market has recovered, but in 2012 the Treasury ordered Fannie and Freddie to hand over all of their profits each quarter, meaning they have very little capital on their books to cushion future losses.

“So essentially all of the profits went to repay what they had borrowed, but now they’ve repaid well over $100 billion more than they borrowed,” Rosner said.

“Everyone agrees you have to change the system, but there’s major political disagreement on what the change should be,” he said. On the more progressive side, Layton said, policymakers believe Fannie and Freddie should continue to have a strong role in the mortgage market and prioritize affordable housing. “On the conservative side, it’s ‘shrink them. They should have less role, the market should be more private,’” Layton said. “That debate continues with no resolution in sight yet.”

Layton has worked to shift more of Freddie Mac’s credit risk to private investors. With much higher standards for the mortgages it buys, there’s less of that risk than before the crisis. The system is working well enough that there’s not much urgency in Congress to fix it, said Laurie Goodman, co-director of the Urban Institute’s Housing Finance Policy Center.

“My view is that we’ll be in conservatorship for the balance of my professional life and maybe my personal life as well,” she said. “I expect to be around for a fairly long period of time.”

So much for Henry Paulson’s “time out.”

Clarification (Sept. 7, 2018): This story has been updated to describe NorthMarq Capital as a commercial mortgage banking firm.