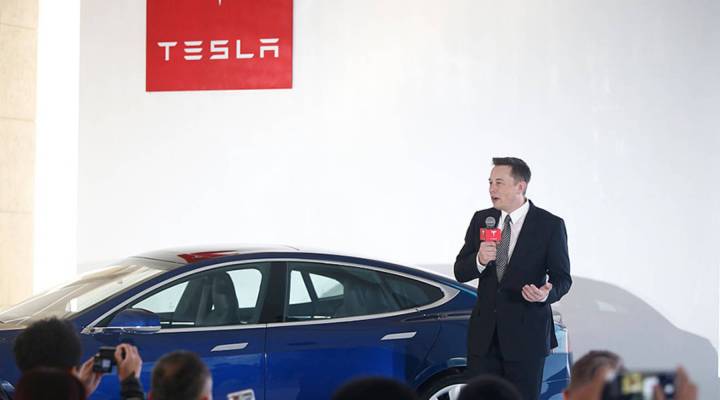 Tesla CEO Elon Musk sent the world of finance into a tailspin this week when he tweeted that Tesla is considering going private at $420 a share. If that happens — and it’s a big if — it would be the biggest buyout of a public company in history.

Going private has its advantages. It would alleviate some of the pressure that comes with being publicly traded. Among the headaches: shareholders pushing for short-term results, which can squash long-term plans, SEC regulations, and short sellers betting against your company.

“The advantage of going private is that you get to avoid all that public scrutiny,” said David Min, a professor at the University of California, Irvine’s School of Law.

Tesla has faced immense public heat as its struggled to meet production deadlines and raise the cash needed to run the business.

But, to go private, Musk will need to cobble together tens of billions of dollars, and that won’t be simple, said Steven Davidoff Solomon, a professor at the University of California, Berkeley’s School of Law.

“This is not something where you can go to the country club and hand out a hat and raise money,” he said.

Musk recently tweeted that he’s secured the funding he needs, though his company’s investor relations statement wasn’t so firm. The funding could come from private equity firms, hedge funds, individuals, and sovereign wealth funds. Some of those investors could attach their own requirements and expectations on the company.