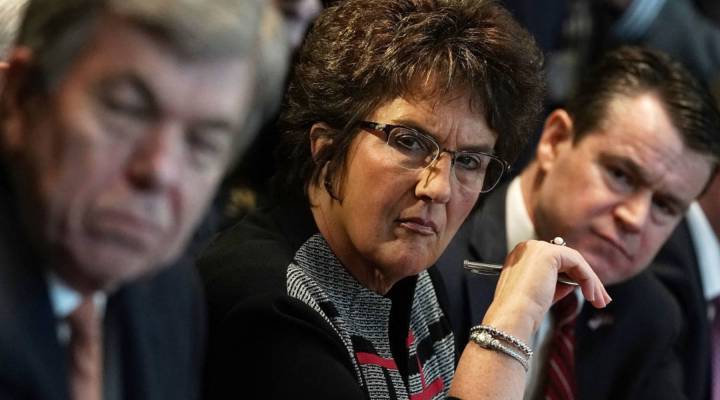 We’ve talked to handful of the businesses that submitted more than 23,000 applications for exemptions from steel and aluminum tariffs to the Department of Commerce. Some of them have managed to get a couple exemptions, others haven’t been so lucky. Rep. Jackie Walorski is from a congressional district in North Central Indiana full of manufacturers that say they need exemptions. She talked to Marketplace host Kai Ryssdal about tariffs and what they’re doing to her district. The following is an edited transcript of their conversation.

Kai Ryssdal: Tell me why these steel and aluminum tariffs are such a big deal in the Indiana 2nd District?

Jackie Walorski: You know, our district is the largest manufacturing district in the country, not just the state of Indiana but in the nation. And so we lead on a lot of these issues and we make lots of things. Our economy in my district is booming, literally booming — 9,000 jobs available on any given day, lots of momentum, lots of disposable income, and people are very happy. And then the third leg of the stool that started to emerge was this issue of tariffs. And the end users manufacturing things like RVs, boats, trailers, those kinds of things at the end of the line — that’s what we do. And so these steel and aluminum tariffs have driven up the cost, made it so hard for folks to do business without rising costs of raw steel and aluminum to provide and to build the things we build in this district.

Ryssdal: Talk to me for a second about the analysis your staff has done on some of the exemption requests. You know, we’ve done some, and we’ve talked to a bunch of companies around the country who are having a tough time. Your staff went out and actually did the analysis of exemption requests in the Indiana 2nd District. What did you find?

Walorski: Well, here’s what we found. You know, after rolling back the regulations and doing tax reform, it was frustrating for me and for the CEOs and job creators in this district. They would call the Commerce Department and they would find out almost like the bad, bad days of the IRS, they found out that the left hand didn’t know what the right hand was doing, they couldn’t get a straight answer. And so we started hearing from folks in our district, we started hearing from folks around the country, and people all started having the same story. And it meant that, you know, we had steel companies filing objections to the exclusion apps on average of about four days before the 30 day comment period ended.

Ryssdal: Which is not a whole lot of time to get yourself together, right?

Walorski: No. Commerce takes an average of nine days to even post the objection publicly. So this means manufacturers essentially have no recourse to challenge the assertions made by the steel companies. And then Commerce, of course, has been completely unhelpful. Commerce told some of the manufacturers the only way to rebut is to refile, start the whole process over, which is completely insane. So what we tried to do was come up with 10 common sense administrative changes that did not require Congress. They were just little fixes just to streamline this process and get the regs off the back of manufacturers who in fact were getting caught in the system here.

Ryssdal: So two things about this: No. 1, most of the objections are filed by U.S. Steel and Nucor, and we’ve called them and they have declined to comment to us. But No. 2, ma’am, you could probably get Wilbur Ross, secretary of Commerce, on the phone. Have you tried? And if he answered your phone call, what did he say?

Walorski: Oh, we’ve had many conversations, and they’ve been eyeball to eyeball. We don’t really need the telephone, and I’ve made myself very available to him. And I just had talked to him this morning, and he was thanking us for, you know, holding up our end to the deal on some of these issues. But there’s a long road to hoe, here. A couple of weeks ago, Secretary Ross announced to several congressional members that the U.S. Treasury has a billion dollars more today than it did prior to these tariffs. And I objected and I said, “that’s American money! That’s American manufacturers’ billion dollars. This is not something to be excited about.” These folks are caught in a trap.

Ryssdal: So look, to that end, ma’am, you are a Republican, the president won big in your district in 2016. What are your voters, what are your constituents telling you about some of the trade policies of this administration as it affects them?

Walorski: I support the president, I get where he’s going here. I’m on the Ways and Means Committee. I’m available and completely involved in all this trade stuff. Our district is still, I think, a very pro-Trump district. They support him and they’ll support him again. But they’re really getting nervous. What we all want to know is can’t we narrow this down and not have so many American companies caught in this trap? They’re not asking for the tariffs. You know, the interesting thing about this, Kai, is that not every member of Congress is going to have the same phone call with you that I am. This is such a geographic issue. If you’re an end-user manufacturer, you’re gonna have the same problem that I’m having. If you’re not, you’re probably not.