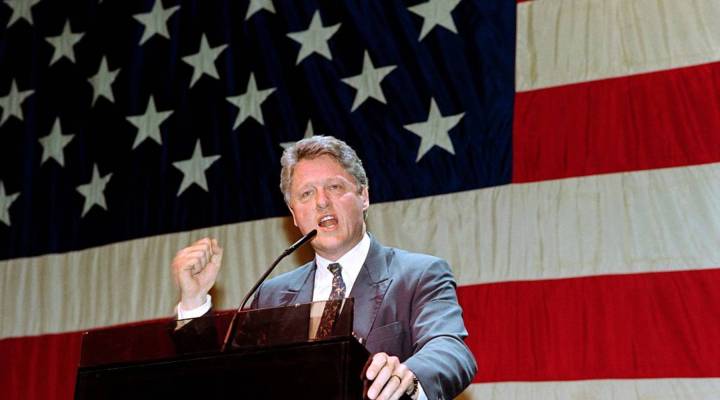 In a rare move for a president, Donald Trump has criticized the Federal Reserve’s decision to hike interest rates.

“I don’t like all of this work that we’re putting into the economy and then I see rates going up,” Trump said in an interview with CNBC.

The Fed hiked interest rates twice this year, and plans to raise them two more times by the end of 2018.

But despite Trump’s comments, the Federal Reserve has long maintained that politics don’t influence its decision making process.

Fed Chair Jerome Powell (who was appointed by Trump) stressed to Marketplace in his first broadcast interview that the Fed is politically independent.

“We have a long tradition here of conducting policy in a particular way, and that way is independent of all political concerns,” he said. “We do our work in a strictly nonpolitical way, based on detailed analysis, which we put on the record transparently … we don’t take political considerations into account.”

Listen to the full interview with Powell below:

And that understanding has been mutual, with recent presidents deciding not to comment on Fed policy either.

Why has there been a tradition of silence on rate hikes, making Trump’s comments so unprecedented? Christopher Low, chief economist at the firm FTN Financial and a Marketplace regular, joined us to explain part of that history.

It turns out President Bill Clinton didn’t want to speak about the Fed’s decisions as a tactic to avoid looking vulnerable.

“It’s one of the things that Bill Clinton did extremely well. He was being asked — pestered really — about a series of Fed rate hikes,” Low said. “Did he agree with the Fed? Did he think [Alan] Greenspan was doing a good job?”

So Clinton said that the Fed’s independence was one of the things that actually made the U.S. economy look strong, according to Low.

“And the reason it was brilliant is he was looking back at President Bush and President Reagan — both of whom had publicly grumbled about the Fed raising rates,” Low noted.

Low said that Clinton realized neither could effect change and it just ended up making them look “weak and vulnerable.”

“So by making the Fed’s independence his primary goal, well, the Fed did what it did and it made Bill Clinton look better,” he added. “It was sort of that masterful political jiu jitsu where he took a weakness and turned it into a strength.”

Since then, the Fed has faced significant scrutiny from Congress, with some members criticizing it for the emergency measures it took during the Great Recession and the global financial panic.

“They did what they needed to do anyway. They asserted their independence,” Low said. “And the sense in the markets at the moment is that the Fed will do exactly what it thinks is right for the economy. And frankly, they’ll ignore any political pressure, even from the White House.”