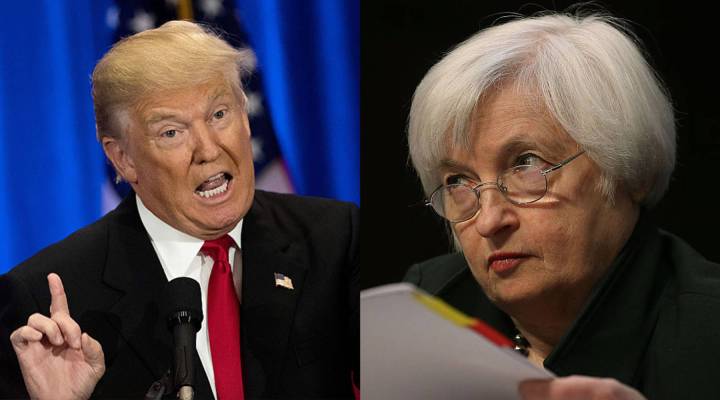 Donald Trump went on CNBC this morning — he’s got a standing invitation to be on this program as well, by the way — and he talked about a lot, including the Federal Reserve. He accused Fed Chair Janet Yellen of keeping rates “artificially low” and creating a “false stock market” to make President Barack Obama look good.

“She’s obviously political and doing what Obama wants her to do, and I know that’s not supposed to be the way it is,” Trump said via phone, adding, “It is a very serious problem … and to a certain extent, I think she should be ashamed of herself.”

Reasonable people disagree about why Janet Yellen and the Fed haven’t raised rates yet.

But the idea that American interest rates — and by extension the entire global economy, if you think about it — are being manipulated as some kind of political favor is without any basis in fact.

This post has been updated to reflect the audio.