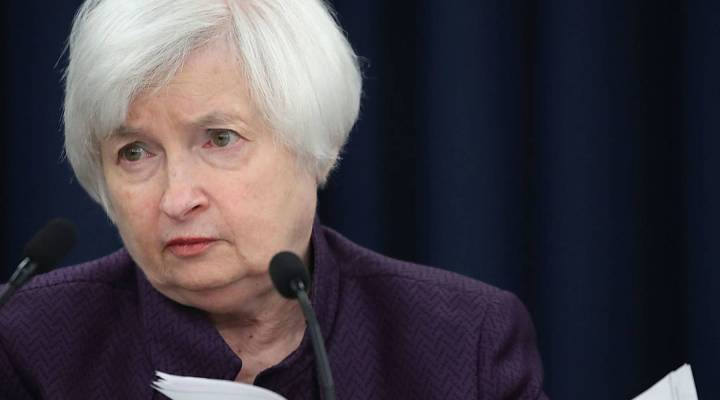 We talked last week about Donald Trump’s claim that Fed Chair Janet Yellen and her colleagues are keeping interest rates low as a political favor to President Obama.

Yellen was asked a version of “Is that true?” four different times today.

“The Federal Reserve is not politically compromised,” she said, going on to add:

I have no concern that the Fed is politically motivated and I will assure you that you will not find any signs of political motivation when the transcripts are released in five years. It is important that we maintain the confidence of the public and I do believe that we deserve it. I know that these are difficult decisions and everybody may not agree with them but I hope the public will understand that we are striving to do our best to pursue these goals that matter to all of us.

Yellen also declined to speak on tariffs, one of Trump’s key issues, nor would she speculate on the effect of the presidential election on the economy Though, for what it’s worth, the next Fed meeting and rate decision are November 1 and 2, just six days before Election Day.