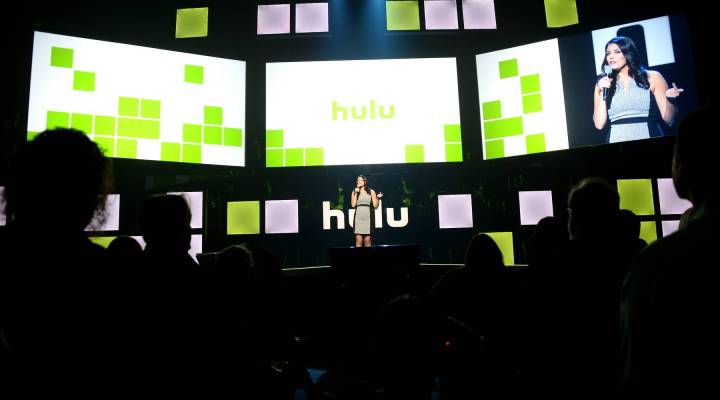 Disney and Comcast have been outbidding one another the last several months to buy Rupert Murdoch’s 21st Century Fox. It looks like Disney may have landed the final bid. Disney and Fox shareholders are expected to vote on the merger at the end of this month.

And one asset that’s been a big draw in all this is Hulu. The two companies bidding for Fox – and Fox itself – each own a 30 percent stake in Hulu, but the winner will get majority ownership.

Hulu started out a decade ago streaming TV shows made by its corporate owners. People weren’t sure it would last, but the site now has 20 million subscribers. That reach is a plus for any new overlord, said Mark Robichaux, managing director of content at Multichannel News and Broadcasting and Cable.

“What all of these players are seeing is it is a tremendous challenge to build an audience from scratch,” he said. “And that’s why this is such a valuable prize.”

“It’s making its strides in original programming, which is always a first step to maturity,” explained Rebecca Lieb, who tracks digital marketing and media at Kaleido Insights. “You know, “The Handmaid’s Tale” was the winner of a great deal of critical acclaim last year.” Hulu’s adaptation of Margaret Atwood’s dystopian novel won an Emmy for best drama in 2017. The second season debuted in April. And the company is continuing its push into original content, helped by the $1 billion in ad revenue it brought in last year.

Ron Simon follows the changing TV landscape at the Paley Center for Media. He said Hulu’s ability to pull in big names is another aspect that makes it attractive to buyers. To make its new thriller, “Castle Rock,” Hulu worked with Hollywood producer JJ Abrams and horror author Stephen King.

“That proves that they certainly can outbid any network or technology to get the most interesting new concepts,” he said.

Leib said Hulu may be a relatively small compared to rivals Netflix and Amazon Prime. Netflix has six times as many subscribers, many outside the U.S. But she said that just as in the past, three broadcast networks dominated the airwaves, “I predict that in the future we’re going to have three streaming services going head to head: Amazon, Netflix, and Hulu.”

But Robichaux sounded a note of caution. He said that while this is a golden age for quality TV, who can watch it all? Last year almost 500 scripted shows aired on broadcast, cable and streaming networks. That’s more than double the number in 2010.

Netflix, Amazon and Hulu are spending billions of dollars to make these programs. He said many media watchers are asking themselves: “With big streaming giants coming in paying double, triple, quadruple the amount paid by legacy players, and everybody spending more money, are we in a content bubble? And if so when does that bubble pop?”

But for now, media companies are betting consumers’ appetite for well-produced shows won’t be sated any time soon. And that even if they can’t consume all that content, they’ll keep sampling from the menu — while paying for the privilege.