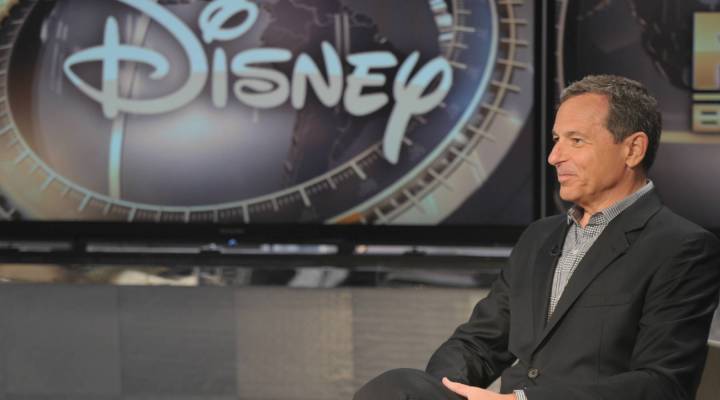 The Walt Disney Company is set to buy movie studios and a package of TV and cable businesses from the Murdoch family’s 21st Century Fox in a deal worth more than $52 billion.

One of Disney’s primary motivations behind the deal: getting into the streaming game.

“Last month, [CEO Bob Iger] was grilled by equity analysts, and he said that streaming direct to consumers is now Disney’s highest priority. Here’s how you win streaming, because you’re fighting Netflix and Apple and Amazon and Google — the real monsters. You win by controlling the content,” said Erik Gordon, a professor from the University of Michigan. “So one of the rationales for this deal is for Disney to add the Fox content. If Disney can hoard enough content, it probably can beat even the Silicon Valley monsters.”

And some of its most valuable content is sports. The media conglomerate already owns ESPN sports channels, and would snag Fox Sports regional networks in this merger.

“This is going to give really Disney unprecedented power and leverage in their negotiations with the Comcasts, the Direct TVs, the Verizon Fioses,” said Rich Greenfield, an analyst with BTIG.

Disney, which plans to launch two of its own streaming services devoted to sports programming and Disney and Pixar content, will also have a larger stake in Hulu, a company that’s already a joint venture between Disney, 21st Century Fox, Comcast and Time Warner.

“With the backing of Disney, the cash flow and the production capabilities, it will be more substantial in the next couple of years,” media analyst Hal Vogel told Marketplace in an interview.

Back in September, Hulu’s “The Handmaid’s Tale” became the first streaming service to win a best series Emmy.

The merger is expected to not just give Disney more content, but to also allow it to fortify its distribution capabilities.