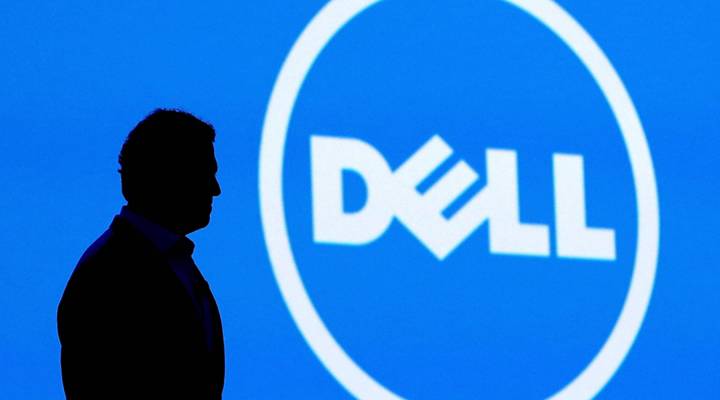 The computer company Dell is going public again later this year. Just five years ago, Dell did the opposite and went private. Back then, company leaders decided they had to retool in order to survive. Making the personal computers that every other kid in your dorm had probably wasn’t going to cut it. Dell and its future are the topic we chose for this week’s Quality Assurance, where we take a second look at a big tech story. Klint Finley is a reporter with Wired and has written about Dell. He spoke with Marketplace’s Lizzie O’Leary about the company’s motivations for going private in the first place. The following is an edited transcript of their conversation.

Klint Finley: Historically Dell has been a company that’s been focused on personal computers, so desktops and laptops. But that market is no longer growing. I’m not sure it’s fair to say it’s collapsing, but because of smartphones and tablets it’s just not a hot market anymore. So Dell has had to retool itself to keep growing and where it wants to go is to become more and more of a provider for large data centers. So selling things like servers. In order to do that, they wanted to go private in 2013 so that they would have less scrutiny from the public market and really be able to focus on retooling, addressing new markets.

Lizzie O’Leary: And did they do that? Did they have something that public investors are going to say, yeah let’s buy that stock?

Finley: They’ve definitely made some big changes. They spent $67 billion buying a storage hardware company called EMC and that was a record-breaking acquisition, the largest technology-related acquisition at the time in 2016. But on the other hand, there’s still a big challenge coming from cloud computing, things like Amazon and Google and Microsoft’s cloud computing offerings that could still disrupt the lines of business that Dell is engaged in now.

O’Leary: Dell makes servers as you mentioned, is there an argument for them to be getting into the cloud business? Or are they so far behind there that it’s better to cede that to Amazon and do something else?

Finley: Yeah they’re pretty far behind there and other attempts to try to get into that market have not gone well for other companies. For example, HP which ended up abandoning its own cloud ambitions and just reselling Microsoft’s cloud services instead.

O’Leary: This is sort of the opposite of what a lot of tech companies are doing right now. Some other tech companies have been burned by going public. Why is Dell doing this? Do they just need the capital? Is it easier to just say, we’re going to get this money from the market?

Finley: It’s probably a little bit of that. I mean any company that’s going public they need more capital or they want more capital to do things. As far as why now as opposed to a year ago, two years ago or two years from now, part of it was the EMC acquisition that was in 2016. That was a big acquisition, so it took some time to integrate that company. They’re in a more stable place right now, as opposed to waiting when the issues with cloud computing that could eat into their profits or revenues in the future have come up. It’s a matter of striking while the iron is hot.

O’Leary: There’s a lot of scrutiny that comes with being a public company. What does Dell have to do to sort of prove to the market that they’re ready for primetime, that they’re doing this?

Finley: I think delivering solid revenues, showing that they’ve diversified away from desktops and laptops which they’ve actually had to release a lot of information into the public over the last few years. So they’ve sort of reported in a similar way to a public company. So there’s actually a lot of information out there about their position right now. I do believe they’re already on the way to achieving that.