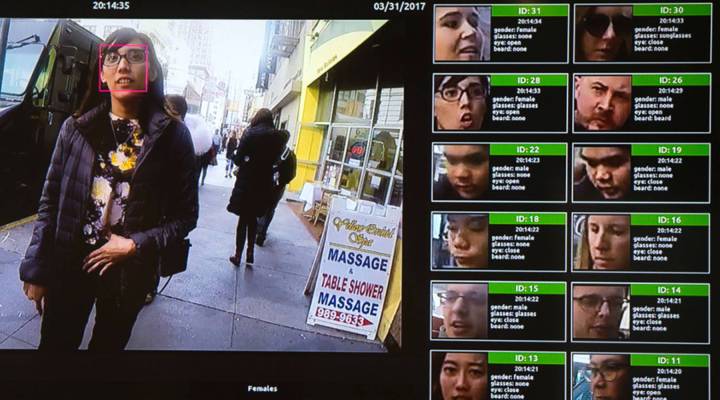 This week, Amazon is facing backlash for selling facial recognition tools to police. The American Civil Liberties Union says the company was powering a government surveillance infrastructure. Amazon says its services can be used for anything from finding lost children to spotting celebrities at the royal wedding to tracking down criminals. Facial recognition is an increasingly powerful tool that’s raising a lot of privacy concerns. And not every company thinks these tools should be sold to every buyer. Marketplace Tech host Molly Wood spoke to Brian Brackeen, CEO of the facial recognition software company Kairos, about why his company’s code of ethics prohibits selling services to governments. The following is an edited transcript of their conversation.

Brian Brackeen: The challenge with the facial recognition in the government is they know both the question and the answer. Let’s say I sell a product to a retailer, right? They don’t have a database of all our pictures. They don’t know who everyone is, so they can’t assign an identity to a person who’s walking into the store without either [that person’s] consent or [that person] providing a picture or what have you. But in the government’s case, they have all our driver’s license data. They have all our passport data. They have mugshot records, and so they can simply find anyone in any camera stream — even if those camera streams aren’t owned by the government. Let’s say it’s a local bank or a McDonald’s or a convenience store, [the government] has subpoena power as well, so they could subpoena the McDonald’s for their video records and then run it through a facial recognition system like Amazon. So it’s really, we think, an inappropriate use.

Molly Wood: So I want to ask you then about Amazon’s statement in response to some of the concerns about them working with law enforcement with their facial recognition technology. They said, “Our quality of life would be much worse today if we outlawed new technology because some people could choose to abuse the technology.” I think someone could say that sounds similar to what you’re saying, but do you feel like that’s not enough?

Brackeen: For me, no. When you’re a commercial business and you’re doing facial recognition for the government, you still aren’t the government. So if I want to use open-records laws or if I wanted to ask how good a facial recognition solution is on different ethnicities, I can’t get that answer from Amazon because their intellectual property is protected by a variety of constitutional and intellectual property laws. On the flip side, if it were just purely the government, I could ask them via sunshine laws, I could talk to my congressman or to my local representative, they could ask on my behalf. So there is just a lot more control, or at least we would hope a little more openness on a pure government side. The second issue is Amazon, like many facial recognition companies, doesn’t perform equally amongst different races and genders. Now if you’re using it for commercial reasons, let’s say like Kairos, yeah, maybe we get an emotion wrong. Maybe we get somebody wrong when we’re trying to ask them questions about a survey. No one’s really hurt by that. But let’s say you get the person wrong in a murder investigation. Let’s say you’re taking someone’s liberty and freedoms away based on what the system thinks, and the system isn’t fairly viewing different races and different genders. That’s a real problem, and it needs to be answered for.

Wood: So how do you think it should happen? Because, you know, there are also somewhat valid arguments on the law enforcement side about this technology and the use that it can have. Do you think that government should be in the business of developing it itself?