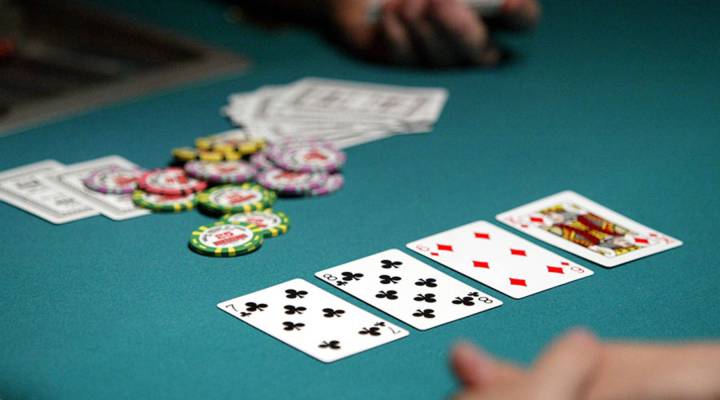 Maria Konnikova is a writer for the New Yorker and author of two books. She has a Ph.D. in psychology from Columbia University. And now she’s a world-class poker player.

It all started when she began researching her next book.

“How I ended up coming to it was an interest in the topic of luck and this question of how much of our lives do we actually control.”

Someone told her that she should read about game theory; she picked up John Von Neumann’s “Theory of Games and Economic Behavior” and she realized it was all based on the game of poker. And she thought, “This could be the book! Me going on leave from The New Yorker, just becoming a professional poker player and using poker as a metaphor for life.”

It turned out to be not only a good idea for her book, but a profitable one. Konnikova is good.

“Writing is what I love … it’s been my lifelong passion since the age of 5 when I announced to my parents that I was going to be a writer when I grow up, and that’s never going to change.”

She’s using her experience playing poker to explore the lessons it teaches about life. She says poker is a game of luck and skill.

“In life, we also always have cards that we can’t control, but it’s much more difficult to see that.” As in poker, life “forces you to actually be able to distinguish between how good you are and how good you ran.” A good run in poker, she explains, is when the cards go in your direction. “In any successful endeavor, be it in poker or in life, you need to play well, but you also need to run good.”

And her previous writing also informs her current success in poker. Last year she published “The Confidence Game: Why We Fall for It … Every Time.” It’s about con artists, and she’s found parallels between that world and the world of professional poker.

“The best con artists are the best storytellers,” she said. “And in poker, there’s actually a lot of the same thing. When you are playing a hand, when you’re playing your cards, you need to tell a good, compelling, consistent story.” The best poker players spin such a good story that other players stop seeing the logical inconsistencies. And on the flip side, if a player can see the flaws in the story, then they’re able to pick off those bluffs successfully.

It’s impressive that Konnikova has any time to put pen to paper. She studies poker eight to nine hours a day and has played in over 20 tournaments in a year. She’s currently at the European Poker Tour in Monte Carlo; each tour requires playing for 12 hours a day for about 10 days. At that rate, Konnikova’s spent about 2,400 hours playing in poker tournaments in the past year.

“I’ve never done that math before,” she said. “I did not know that I have spent that many hours of my life sitting at a poker table!”