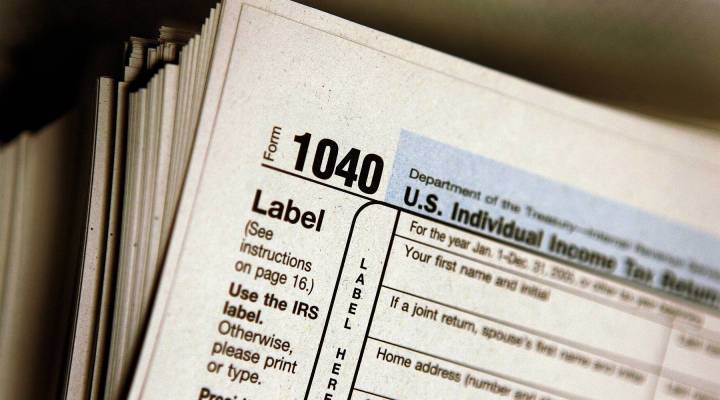 It’s Tax Day, and if you are one of the 50 million people who prepared your taxes online this year, you might have seen an option to talk to an accountant if you were having problems. This year, TurboTax includes a feature that lets you video chat with an accountant if you have a question.

“I mean, I get every kind of question,” said Jake Bakke, an accountant based in Denver. “Some of it has to do with where do I enter my W2 … or the person might have incentive stock options and are trying to calculate the adjusted basis.”

Bakke left his old firm to start his own practice, and he’s supplementing his income by working as an on-demand accountant with TurboTax, owned by Intuit. It’s a tax prep side hustle.

“Obviously, you’re not going to have a full book of business to begin with, so there’s a lot of down time during your first few tax seasons. Intuit allowed me to take in as many hours as I needed, up to 40 hours a week. You can work full time if you like.”

Bakke is one of more than 2,000 accountants working on demand with TurboTax this year. And he is a tech-savvy guy, comfortable with the cloud and webcam he needs to work for Intuit, which he says makes him different from many accountants he knows.

“Some, they just wanted to use paper, pencil and their 10-key with the little spool of paper,” he said, describing the decades-old calculators used by many certified public accountants. “They’re amazingly fast on those things.”

Bakke is part of a trend: highly educated workers joining the gig economy. They don’t drive cars or put together Ikea furniture, but rather offer professional legal advice or public relations services or tax prep. Like other gig workers, many prefer or need the flexible hours or ability to select their clients. Arun Sundararajan, author of “The Sharing Economy: The End of Employment and the Rise of Crowd-Based Capitalism,” said gig work can lend itself to becoming an anonymous cog in some company’s machine. He suggested highly skilled workers demand a means by which the clients who meet them in a gig situation can request them again, so professionals can build their own brands within the companies that retain them for gigs.

“When you press that button on your Uber app, you might want the driver that you liked, but what you’re really looking for is to get from point A to point B,” said Sundararajan. “On the other hand, the consequences of not getting the right professional when you’re requesting an accountant or lawyer are far greater.”

Bakke said his interactions with people on the TurboTax platform do feel like basic transactions — not a way to build long-term clients. But he said he’s not worried about gig work eating into his overall business. “I’m not really worried about cannibalizing the industry. The need for CPAs is ever growing,” Bakke said. “Every year they say they’re going to simplify the tax code, but they simplify it by putting more rules on it.”

Sundararajan, though, sees a world where more white-collar professions get turned into gig work and said that could lead to changes in professions like law and accounting overall.