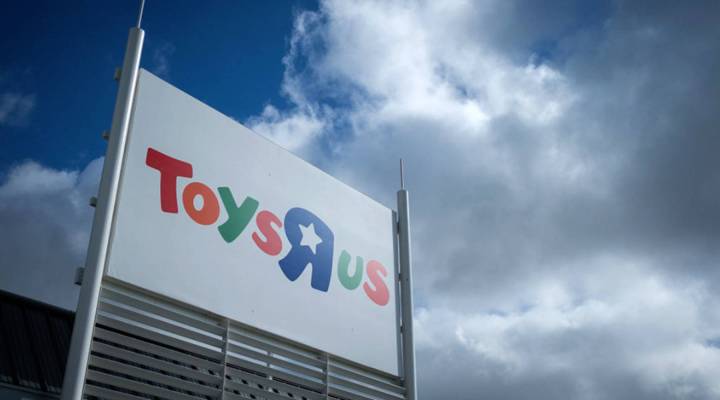 Toys R Us filed for Chapter 11 bankruptcy last year, with more than $5 billion of debt on its books and plans to reorganize.

Two months later, the retailer did something that might seem a little strange. It asked a judge for permission to pay its executives $32 million in bonuses.

“It did kind of make me mad that the company is in financial dire straits, and it seems that it’s OK to get that high of an amount,” said Mikey Fox, 47, who works at a Toys R Us store in Eugene, Oregon.

It’s not unusual for bankruptcy judges to approve executive bonuses. It happened recently with Radio Shack and Westinghouse Electric. This is kind of surprising, though, because Congress passed a law restricting bankruptcy bonuses a decade ago.

In 2005, Congress overhauled the U.S. bankruptcy code, mostly the parts about individual bankruptcy. During the debate, some lawmakers criticized companies that paid multimillion-dollar bonuses to their executives during bankruptcy, like Enron, WorldCom and Polaroid. Sen. Ted Kennedy was among them.

“Take a closer look at the examples of executives in some of America’s largest corporations and see how lavishly they benefit while their companies went into bankruptcy,” Kennedy said in a speech from the Senate floor.

At the time, companies had a justification for these bonuses. They said the goal of a Chapter 11 bankruptcy is for a company to shed some debts and start over. And it couldn’t do that if its executives jumped ship.

“When you have a distressed company, the loss of upper management can be disastrous,” said Lori Vaughan, a bankruptcy lawyer at Trenam Law in Florida. “You would lose that institutional knowledge. So it’s important to retain those individuals.”

And they did that, they argued, by offering bonuses.

But Kennedy wanted to make it a lot harder for companies to award these retention bonuses. So he proposed an amendment that required companies to clear some hurdles first. For instance, Vaughan said, “the company would have to show that that executive had another offer to go to another employer.” The amendment became law. But thanks to some crafty corporate lawyers, that wasn’t the end of bankruptcy bonuses.

“What has turned out to happen is they’re now reframed,” said David Skeel, a professor of corporate law at the University of Pennsylvania. “And so instead of paying somebody to stay, which is essentially illegal now, what the bonuses do is they have performance metrics in them.”

Those metrics might include things like emerging from bankruptcy quickly or hitting certain sales goals. If a company meets the metrics, executives get a bonus. Courts often approved these plans, Skeel said. And they became the new norm.

That’s how the Toys R Us bonus plan got approved. In December  2017, a judge said the company could pay its executives up to $21 million in bonuses if it met some goals, like $641 million in annual earnings.

Toys R Us said it fell short, and so the company never paid the bonuses.

But other companies in bankruptcy have. Charles Khan, organizing director at the Strong Economy for All Coalition, a workers’ rights group, said that means the law hasn’t gone far enough.

“Any other working American that fails at their job, they don’t get extra,” Khan said. “They don’t get more. They don’t get bonuses. And I think that we should hold the executives at the very highest levels to the same standards.”

As for Toys R Us, the company’s executives didn’t go home empty handed. Less than a week before the retailer filed for bankruptcy, it paid its execs $8 million to stay on board.

In March, the company announced that it’s shutting down entirely.