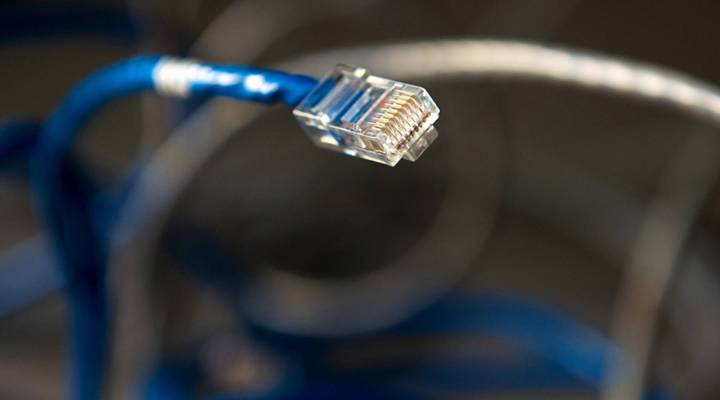 Your internet service provider is watching you. At least, it’s watching where you go on the web and selling that data to third parties. There were regulations dealing with the issue for a few months, but the Trump administration did away with them. If you want to obscure your web activity, you can use something called a virtual private network, but they’re expensive and a little shady. Now the internet company Cloudflare says it’ll keep your information away from your ISP. Marketplace Tech host Jon Gordon spoke with Travis LeBlanc, a former Federal Communications Commission regulator, about how Cloudflare’s service works. The following is an edited transcript of their conversation.

Travis LeBlanc: The way the internet works and the way visiting a website works, eventually you have to share with someone the website that you want to visit. And while we may type in “www.google.com,” that’s actually translated into a numeric IP address. And right now for many people, they probably default towards either relying upon Google or their ISP to open the directory to the internet and verify the website that they are trying to visit. Cloudflare is offering an alternative DNS [domain name service] service that you can run your searches through them. They are making promises to the public that they will not sell that information, for example. That’s not something that an ISP is prohibited from doing right now.

Jon Gordon: What I wonder, though, is as Cloudflare would see a growing body of data, they might see growing value, and a company like that could just change its mind I suppose?

LeBlanc: Theoretically they can change their mind. They have made these representations publicly, and under both federal and just about every state’s laws, if a company makes promises in how it will treat your data and then doesn’t live up to those promises, it would be in violation of either the FTC Act, or under various states laws, their unfair deceptive acts and practices statutes.

Gordon: As privacy becomes more of a selling point, do you think we’ll see ISPs making promises not to do anything with the data that they collect, or not to collect the data in the first place?

LeBlanc: I certainly hope so. It is not something that we’ve seen thus far. Oftentimes, ISPs will say that they are competing against tech companies like Google or Twitter, and that those companies are free to use the personal data that they collect, and therefore the ISP should also be free to monetize that data. But one fundamental difference between an ISP and our more traditional social media and tech companies is that consumers pay their ISP on a monthly basis.

Gordon: That makes me wonder if we’re seeing sort of a fundamental shift around data privacy. Consumers seem to be demanding more. Some companies seem to be willing to go along. Do you think this is a temporary condition or are we seeing a basic shift?

LeBlanc: I think consumers have always cared about their privacy when it comes to the internet. Their concept of privacy has changed. What I think is going to happen, though, as we move further into the 21st century is that people are becoming more aware of just how much information is collected about them and how it’s being used. We see a lot of regulation coming out of Europe right now, and we see in the United States the risks that consumers ultimately bear. And I think we’re going to see them want to take more control over that data going forward.