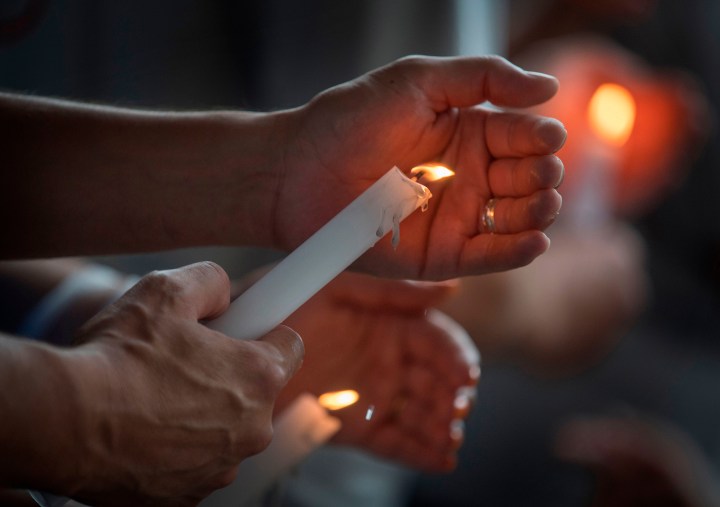 COPY
People light candles during a vigil after the shooting at the Cielo Vista Mall Walmart in El Paso, Texas, on Aug. 4. Mark Ralston/AFP/Getty Images

People light candles during a vigil after the shooting at the Cielo Vista Mall Walmart in El Paso, Texas, on Aug. 4. Mark Ralston/AFP/Getty Images
Listen Now

8chan, the online forum that has been used to spread toxic speech, is experiencing intermittent outages this morning after being dropped by internet services provider Cloudflare.

The site has been used by extremists to publicize hate speech connected to mass shootings, including the racist manifesto apparently written by the suspect in the El Paso massacre that killed 22 and injured dozens.

Cloudflare, the San Francisco-based company that had been protecting 8chan from denial of service attacks, announced that it was turning off the forum’s service in a blog post by CEO Matthew Prince.

“They have proven themselves to be lawless and that lawlessness has caused multiple tragic deaths,” Prince wrote about 8chan.

A tweet from an 8chan administrator this morning said the website has found another company to step in — BitMitigate, a Washington state-based company that also intervened when a neo-Nazi message board was dropped by other internet service providers.

8chan founder Fredrick Brennan told the New York Times that the website should be shut down before it inspires more violence. But Jim Watkins, who has been running the website out of the Philippines since Brennan stepped down in 2015, apparently isn’t listening.

And, says Marketplace’s Nancy Marshall-Genzer, that’s in spite of the fact that 8chan isn’t very profitable. Toxic content makes it hard for the website to attract advertisers.