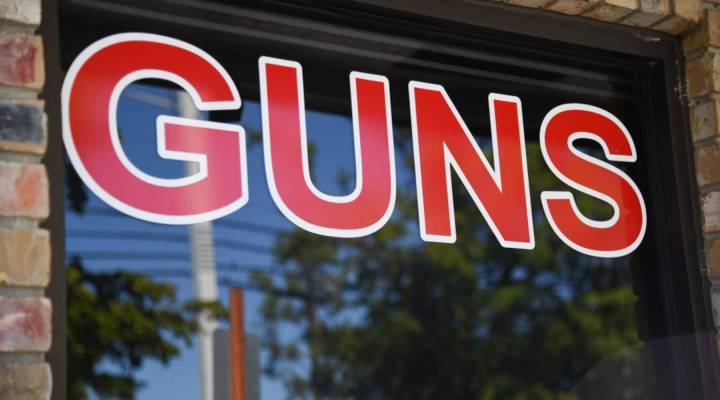 After 17 people were killed in a mass shooting at a high school in Parkland, Florida, on Valentine’s Day, students across the nation called on their lawmakers to pass gun-control laws and stop taking money from the National Rifle Association. As their campaign for change intensified, so did the focus on the different ways that regular people can exert pressure on gun manufacturers and retailers. Among them: gun stock divestment.

Divesting — selling or getting rid of — of a certain type of stock as an act of advocacy is not new. Activists have previously used divestment as a tool to protest apartheid, tobacco companies and fossil fuels.

As the movement to divest from gun manufacturers and gun retailers picks up steam, activists say that it should be easier for people to divest stocks that don’t align with their values and encourage the creation of more gun-free funds. However, pensions and money managers argue that their main responsibility is to make money for their beneficiaries, not set a moral agenda.

They might not be armed, but it turns out many U.S. teachers own guns in one way or another. Teacher pension funds in 12 states, including Florida, hold stock in gun companies.

“I am sure that most of Florida’s public school employees are as sickened as I am to learn that the state has invested some of our pension fund holdings in the maker of the AR-15,” Joanne McCall, president of the Florida Education Association, a teacher’s union affiliate of the National Education Association, said in February. “Surely there are better places for the state to invest its public employee retirement money than in companies that make products that harm our children.”

Despite the calls to divest, many pension funds insists that doing so would conflict with their duty to make money for their beneficiaries. The Florida State Board of Administration, which manages the state’s retirement funds and owns $2.6 million in gun stocks, is among them. “As fiduciaries, the SBA must act solely in the economic interest of the participants and beneficiaries,” John Kuczwanski, SBA spokesman, told The Wall Street Journal.

However, other investors say that they now find themselves torn between making money and their values.

Divestment as an advocacy tool

The push to divest from fossil fuels came when climate change advocacy reached a new level, according to Ellen Dorsey, executive director of the Wallace Global Fund, which practices mission-based investing and is fully divested from fossil fuels. At the time, those concerned with the issue began to look at the investments of the organizations they were involved with such as pension funds and universities.

“People generally go about their day-to-day business not looking at the individual holdings within their retirement accounts,” she explained. “When an issue becomes so pressing and so important to our society, then people begin to look at ‘How can I have an impact on this huge issue in my daily life? How can I have an impact?’ and to look at their own holdings, the way they invest, their own relationships to companies.”

Just as climate change advocates helped fuel the growth of green investment funds that are free of fossil fuel stocks, so could the current push for gun control lead to the creation of more funds free of gun stocks.

In fact, in the wake of the Parkland shooting, BlackRock — the largest shareholder in gun manufacturers like Sturm Ruger & Co. and American Outdoor Brands (formerly known as Smith & Wesson) — is publicly putting pressure on those companies to answer questions about gun safety, background checks and gun education. The money management firm has also met with clients and large funds to discuss providing them with options to divest from gun manufacturers and retailers, according to The Wall Street Journal.

“It’s important to recognize that your investments reflect your values,” said Dorsey. “So if you are holding stock in companies that are destroying the planet or killing our children, then … you own the implications of those companies. It’s crucial that you interrogate what you own in your investment portfolio and ascertain whether you can stand by owning those companies.”

One of the funds that has excluded guns from its investment portfolio since the beginning is Domini Impact Investments, which manages more than $2 billion. According to the company, its portfolio is built around two goals — universal human dignity and ecological sustainability. Other stocks that Domoni does not invest in include tobacco, alcohol, gambling, pesticides or makers of any type of weapon or military equipment.

“We have seen many companies that are adding responsible investing strategies. Not enough, though,” said Carole Laible, CEO of Domini Impact Investments. “What we find is that the demand for those choices in the 401(k) lineup has to come from the participants.”

Back in the day 401(k) participants were given a lot of choices but ended up stunned and confused, according to Laible. As a result, those options were narrowed down and now participants get eight to 10 choices. In many cases, all of those choices contain gun manufacturer stocks.

When it comes to changing 401(k) options within your company, there is power in numbers, according to both Laible and Dorsey.

“When they say: ‘We don’t have a fund that’s gun free or fossil fuel free’, then you need to work with others to advocate that they get such a fund so that you’re able to take the money into it,” Dorsey said. “It is more work than just passively looking at your returns on your quarterly statements. That’s for sure.”

The Parkland shooting was a tipping point, according to Laible, and she expects that an increasing number of people will look into moving their money out of gun manufacturers’ stocks.

“I think we’ll have retirement funds where you’ll be able to insert your own particular values,” echoed Dorsey. “That’s right on the horizon. The younger generation will demand it.”

And as for investment professionals concerned with their fiduciary duty? Both Dorsey and Laible insist that companies that are socially and environmentally conscious end up performing better than those that do not.

Back in 2015, HSBC warned their investors that fossil fuels companies may become “economically non-viable,” according to Newsweek. The bank said that fossil fuels are becoming a risky investment as people move towards renewable energy.

Around that same time, MSCI — an independent provider of research-based indexes and analytics — found that those who divested from fossil fuels before 2010 would have earned an average return of 13 percent a year from 2010 to 2014 compared to 11.8 percent return earned by those who did not. The findings were based on analysis of 9,500 publicly-listed companies and their performance over that time period, according to the Guardian.

“They are better managed. They are looking out to the future. They’re looking for innovative solutions to some of our greatest challenges, and typically what we find is what’s good for the world is good for the business,” she said.