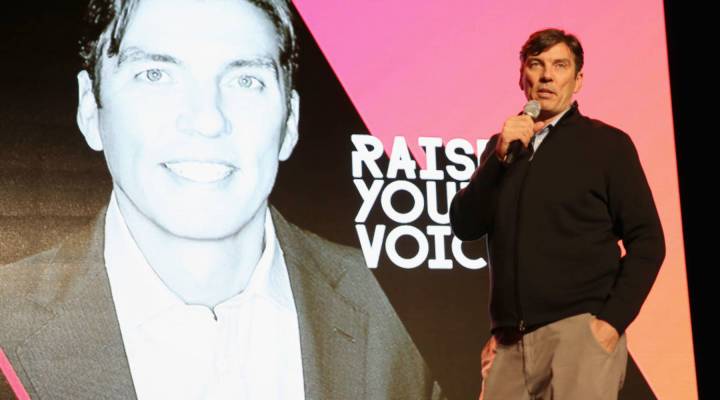 Less than a year ago, Yahoo and AOL officially merged after AOL’s parent company, Verizon, bought Yahoo for more than $4 billion. Since then, former Yahoo CEO Marissa Mayer has moved on to an unannounced venture. AOL CEO Tim Armstrong has had the job of blending the two companies into a digital content behemoth named Oath, vying to challenge Facebook and Google for advertising revenue. Marketplace Tech host Molly Wood spoke with Armstrong about how Oath fits in the digital media landscape at the Makers conference in Los Angeles earlier this month. The conference is sponsored in part by Oath. The following is an edited transcript of their conversation.

Tim Armstrong: We ended 2017 above plan. We combined the companies faster, we moved the integration up by a year. Both companies have a long DNA of being in this economy and having sparked it in a major case, and I think there’s a lot of willpower on our end to basically, as we go to the mobile economy, to move our companies back into pole positions. And I think we’re going to continue to make the same challenger brand Yahoo was and AOL was with a Fortune 20 company in Verizon that’s all mobile behind us. I think we’ll be in good shape.

Molly Wood: What do you think are the differences between the two that allowed AOL to sort of ultimately be successful? To make that sort of digital economy pivot where Yahoo couldn’t quite catch up and ended up being the one that was acquired?

Armstrong: Yeah, I would say that at AOL, we decided to go into differentiated open spaces rather than compete head on in what I call the “lion’s den,” going into other people’s businesses. So we went into content before people went into content, we went to programmatic advertising before people went to programmatic advertising. And by the way, Yahoo was doing the same thing, really. Marissa’s team had basically been building in a differentiated way. Both companies knew to survive you had to differentiate and take a lot of risk, and both companies were, but it ended up together because our strategies were probably more similar than different.

Wood: And then on that sort of technology question, I’m actually curious about where you guys stand in this sort of new world of net neutrality? I mean, this is an opportunity for Verizon to bundle content in different ways now. With respect to net neutrality, how do you see that potentially benefiting your business?

Armstrong: I think net neutrality is something that I think has been a huge benefit. Overall, I think net neutrality is something that will probably remain in place, and as the infrastructure gets built out, there’ll be more, I guess, creative ways to continue to build out the infrastructure to make sure the networks get to everybody. I think the single-biggest thing is that the net neutrality debate has to end up in Congress and people need to vote on it, and hopefully it ends up in the system we all vote for and we all are a part of and Congress comes out with a solution that makes total sense for consumers.

Wood: But if Verizon came to you and said, “Hey, awesome, we built the first fully functioning 5G network, and we’re going to put Oath content on every consumer device, everybody who is a subscriber to Verizon, they’re going to get it pre-installed.” And you’re the CEO and you’re like, “That’s great for business.” What do you do?

Armstrong: Yeah, that is great for business. But I’d also say, I think Verizon is a one of the largest consumer companies on the planet. So you’ve already seen this from us is Verizon hasn’t done anything — they’ve owned us for a couple of years now, going on three years — they haven’t done anything unnatural like that for consumers. So I think Verizon and all the other companies — I think they’re going to be really careful about what they do. Oath’s job is to do a great job for Verizon customers, but we also go to AT&T customers, Sprint customers, Comcast customers, so, you know, we’re one of the largest partnership companies on the planet at this point. So we’re happy to keep scaling.

Listen to our extended interview with Tim Armstrong here.