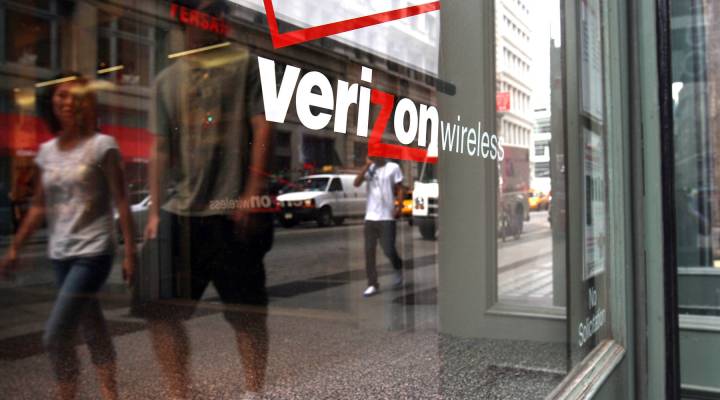 Yahoo is up for sale and many on Wall Street see Verizon as the company to beat in the bidding. If a deal happens, Yahoo would not be the first down on its luck internet company on Verizon’s shelf. It bought AOL for $4.4 billion last year. Verizon has a taste for the fallen stars of digital in part because its own core businesses — of wireless and landline services — doesn’t have the fast growth and profitability that gets Wall Street excited.

“Margins on the traditional business have been squeezing,” said wireless industry consultant Chetan Sharma. “So all the major carriers are looking at other businesses.”

For Verizon, a purchase of AOL and an interest in Yahoo are signs that it sees its future in digital advertising and content. Many companies say that, including AOL and Yahoo, which both ended up for sale after trying and failing.

“What Verizon is hoping to do is that it can use its consumer data from its mobile business to improve ad targeting and it could therefore be able to charge higher rates,” said Wharton School professor Kartik Hosanagar, who follows the digital economy.

Precision-targeted ads are what some of the best minds in marketing and technology are going after right now, including industry leaders Google and Facebook. By buying AOL and maybe Yahoo too, Verizon is betting it can play the game Google and Facebook are winning, the same one AOL and Yahoo never quite mastered.