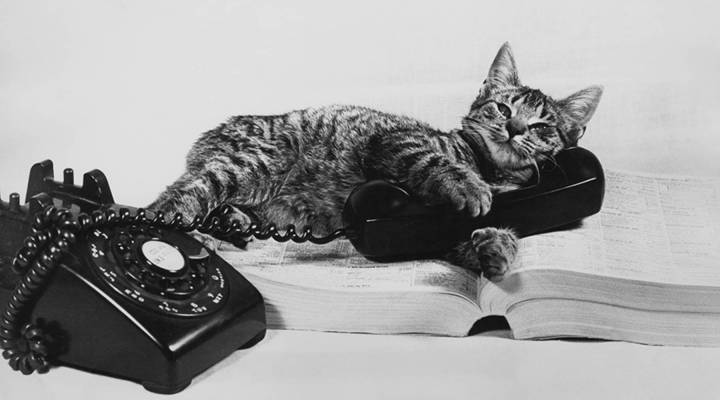 More than 40 percent of Americans still have a landline, at least according to a 2017 report from the Centers for Disease Control and Prevention. People keep them for convenience, reliability and emergencies so they can still make calls if the power goes out due to an earthquake, fire or other disaster. But only about 20 percent of households have good old copper phone lines, according to the trade group USTelecom. The rest are digital connections or voice over internet protocol. AT&T has been pushing for almost a decade to drop analog landline service and move to an all-digital network for landlines. Telecom companies say it’s a lot cheaper to operate just one network. But are IP phone lines as reliable as the old tech? Molly Wood talked with Joan Engebretson, executive editor at Telecompetitor, an industry publication focused on broadband and telecom. The following is an edited transcript of their conversation.

Joan Engebretson: It’s a totally different technology, and if the power were to go out, your phone wouldn’t work. Very often, though, people do have a cellphone and maybe that might still work. Also there are batteries available that will give you eight hours of backup. And in most areas, that’s plenty.

Molly Wood: Do consumers know that? I mean, I didn’t have one of those batteries.

Engebretson: Yeah, that is a good question. To the extent that people are moved onto VoIP, their phone company is supposed to tell them that and explain that to them.

Wood: Is there a weak link in our emergency infrastructure, though, if people have a harder time making calls when the power is out?

Engebretson: That is a possibility, but there is some bigger issues that relate to moving to IP throughout the whole communications network. There’s been a number of what they call “sunny day” outages of 911 services around the country. And it’s happening in part because of the shift towards IP communications. Instead of having huge numbers of public safety answering points around the country that take the 911 calls, the calls are getting concentrated into a smaller number of locations. And they are often backed up by software that runs in data centers, and if there’s a glitch in maybe a software update or something like that, it can impact many more public service answering points, compared to in the past when each answering point had its own software and so on. And so if there was a problem, it was very limited. There have been a number of pretty major 911 outages that related to software glitches that were part of the next generation infrastructure. So there’s good and bad towards moving to more IP- based 911. You can get more capabilities like being able to send photos, but then you also need to make sure that you’ve got really rigorous procedures in place for making sure that the software remains operational at all times.

Read about our methodology