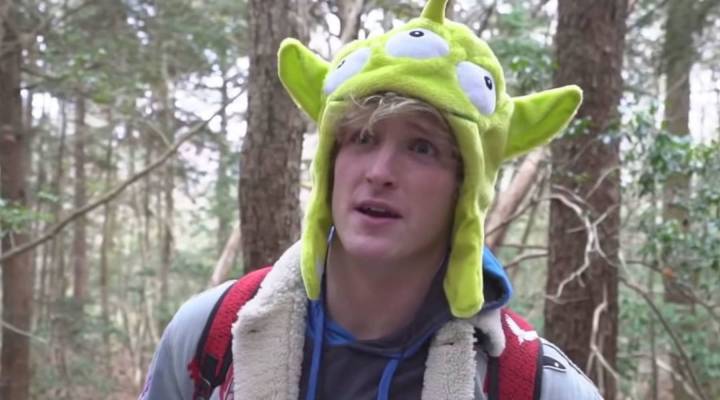 People have been posting increasingly controversial videos to YouTube. Notably, in the first days of 2018, YouTube star Logan Paul posted one video that showcased the body of a suicide victim.

Paul’s not the only creator with questionable actions. YouTube has also faced accusations that some of its creators were exploiting kids and attracting child predators.

Google, which owns YouTube, has changed the way it shares revenue with creators. But does the money involved with YouTube still just push people into doing crazier stunts on video? Marketplace Tech host Molly Wood talked with Sarah Roberts, a professor of information science at UCLA, about it. Below is an edited transcript of their conversation.

Molly Wood: Is there something about YouTube that encourages stunts, more extreme behavior — anything for the likes?

Sarah Roberts: This question of is there something about the actual architecture and impetus for moneymaking at YouTube that has people pushing the line more and more to not only gain new followers but maintain the ones they have? There was a case of a man who was frankly exploiting his three minor children in a bunch of videos he was making under the name “Toy Freaks.” The father was often taking videos in which he would scare-startle his minor children to the point of them crying and being in tears. Not only was YouTube put on the firing line in terms of having permitted this to go on, the real issue was that there was this economic incentive for all the parties involved to continue to allow the channel to exist. Eventually they demonetized this guy’s account. He’s got a lot more serious problems than that to deal with. But I read in one interview with him that he said something like, “I just kept pushing the line because we were making so much money.”

Wood: YouTube to me seems to fall into a slightly different category, or at least have a different business model, in that it generates revenue for those creators. It’s not the simple “it’s a mirror of society” argument because there’s a revenue incentive on both sides. YouTube gets paid when its creators get paid.

Roberts: Yeah. Certainly for a very small fraction of participants on YouTube, there’s the constant allure of the potential for quite extreme remuneration in some cases through their monetization programs. There is a group of people, of content creators, who are looking for a payday. And for those people, especially if they achieved significant popularity, that can be quite lucrative.

Wood: And I understand that Google actually has handlers, that they have some involvement with many of their top stars. Do you think that kind of personal involvement might increase?

Roberts: Google and YouTube have themselves stated now publicly that they intend to do more kind of internal gatekeeping around what they disseminate. They use just about every term imaginable except editorial control, because that gets them into the dangerous waters of being classified as a media company. But it’s editorial control by any other name. So I suspect that, as you say, the amount of oversight from their internal employees who work with these high-value producers will absolutely increase.

Wood: And then I guess there’s the kind of corollary effect, the add-on, that when someone does become famous, when someone pops, that they don’t know how to handle it.

Roberts: You know, it’s like these situations are being adjudicated in real time. And all of us essentially are serving as beta testers with our eyeballs and with our audienceship as we view and respond either favorably or unfavorably to the material that we see. I mean, Nielsen would have a field day with something like YouTube.

DisinformationMarketplace Tech Blogs
Tags in this Story
Share this Story