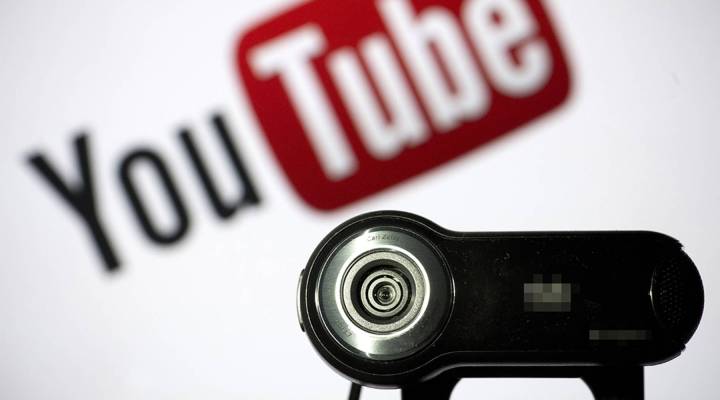 People who try to build a career as creators on YouTube may put all their creativity and time and identity into the platform. On the other end of the screen, an algorithm can take away their ability to make money by what’s called demonetizing videos, or just giving them a lower priority in its recommendation engine.

One year ago today, a YouTube creator shot three people at the company’s San Bruno, California, headquarters before killing herself. A police investigation concluded that when YouTube demonetized her channel, it took away a “critical part of who she was.”

Host Molly Wood talked with Katherine Lo, a visiting researcher at the Department of Informatics at the University of California, Irvine. Lo said the relationship can feel very one sided. The following is an edited transcript of their conversation.

Molly Wood: How upset do you think people are about the algorithm and the asymmetry of this relationship overall when you look at the entirety of the YouTube platform?

Katherine Lo: It can be difficult to gauge how urgent this feels, in part because people just accept the conditions of their engagement with the platform. You often see outrage manifest when there’s a big event that happens — for example, if there’s a take-down of a video or suddenly somebody is seeing very few views relative to what they had before. What’s also difficult to see is if people are using their interaction with the algorithm as a scapegoat or if it is because they were wronged by the algorithm. People do notice at one point or another that they don’t have a lot of control over the system, and I think it does become increasingly urgent the more that creators across platforms talk to each other.

Wood: Is there a sense that it could impact business? Would creators leave? Is there an argument that would say, you have to create a sense of agency with your creators so they don’t stop uploading videos to YouTube?

Lo: I think YouTube is not overly worried at this point about creators leaving. I think this is a problem when you have effective monopolies over certain types of content. But you do see Facebook and also as streaming is getting bigger as a form of media creation that there are competitors on the scene, in a sense. So that might happen. But for uploading video, YouTube has such a significant monopoly that it’s hard to see how threatened they could be.

Wood: Is there a big lesson? Is there an overarching takeaway from the last year and how we’ve seen this relationship evolve?

Lo: I think that creators, the same way you see with gig economy workers, a lot of them are starting to think about unions.

Wood: Are you seeing that happen? Is that a structured movement?

Lo: In the YouTube space, I think it is really difficult to collect people, in a sense, because YouTube does have a very wide range of creators. You have people who have 5,000 subscribers and you have people who have 500,000 and 5 million. They all have very different interests. But I’ve seen various groups come together, some of them working with governmental bodies. We’ll see.

When asked for comment, YouTube said that on the one-year anniversary of last year’s shooting, it’s focused on the well-being of its employees.

On the topic of this ongoing tension between YouTube, the algorithm and its creators, one complaint is that its algorithm seems to reward and promote sensational or risque content, which can then backfire and get a channel banned. We did some reporting last week about how platforms can keep recommending increasingly extreme videos. Activists say it risks radicalizing people online.

YouTube is also trying to contend with how to minimize extreme content, partly because advertisers have boycotted the service over their ads showing up on hateful, racist or sexist content. In fact, these are the issues that spurred YouTube to make major changes last year to how creators could monetize their videos. It essentially made the bar a lot higher.

In July 2018, a company sued YouTube’s parent, Google, saying the algorithm changes had made it lose 90 percent of its revenue. But a judge threw out the case, agreeing with Google that posting on YouTube is both free and optional and that YouTube has no obligation to place ads on videos. There’s a good story on this in the Orlando Sentinel this week. It’s a profile of creators who live an “unstable life at the control of YouTube.” The piece looks a how the pursuit of fame online can lead to a tricky balance and promises broken for all involved.