As the holiday shopping rush comes to an end, hours get cut back and temporary retail workers say their farewells.

But there’s a much greater unwinding happening in retail, with thousands of workers from the sector losing their jobs. Big words are attached to this: tectonic shifts, cataclysm and for some, opportunity.

Mark Cohen, the director of Retail Studies at Columbia University’s Graduate School of Business, joined us to discuss whether this industry is actually in crisis and why these workers don’t have much of a political voice. Below is an edited transcript.

David Brancaccio: More than twice the amount of stores are closing across America than are opening up this year. This is just one statistic. Some see a retail, here’s the word, apocalypse. Is that too big a word?

Mark Cohen: The retail industry at large is just fine. Plenty of customers, they have plenty of disposable income. But inside the business, the legacy players, the department stores — they’re the ones who are facing the retail apocalypse, if you will.

Brancaccio: And if you’re a shareholder in those legacy retailers, this is of concern. But if you work at those companies, you’ve got trouble.

Cohen: You’re an endangered species, if you will. The retail clerk may very well become something of an artifact in the years to come.

Brancaccio: Yet, some of the online retailers are hiring like mad. Just look at Amazon. Jeff Bezos, the boss there, quotes these large numbers of the people he’s going to bring on board. That should offer some hope to retail people.

Cohen: The problem is their locations are not nearby where customers and employees are losing jobs. You know, folks who live within seven miles of a mall shop in the mall and often work in the mall. He’s looking for locations that are much more strategically positioned, and of course, much less expensive in terms of space.

Brancaccio: So much disruption is in the offing for people who work in retail. It’s the theme of this discussion. You’d think this would become a political force.

Cohen: I imagine it eventually will, but the reason, in my opinion, it has not yet become one is because what’s going on in retail is local. It’s shopping centers here and there and everywhere laying off dozens of people at a time, not thousands. Of course the number of retail workers far exceeds the number of coal miners or recent manufacturing employees.

Brancaccio: But they’re not speaking as one voice.

Cohen: Well there’s no one representing them. They don’t have a champion.

Brancaccio: You see a gender issue here, too. I mean, more women than men work in retail.

Cohen: More women than men and young people work in retail. This is an entry-level job. It’s a job that affords young people tremendous flexibility. It’s that famous four hour a day gig at the mall after school. So this dislocation cascades into an issue of gender, age, educational capacity — all sorts of things. 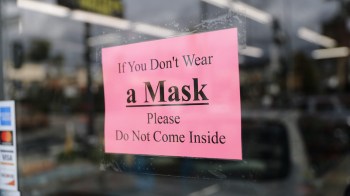