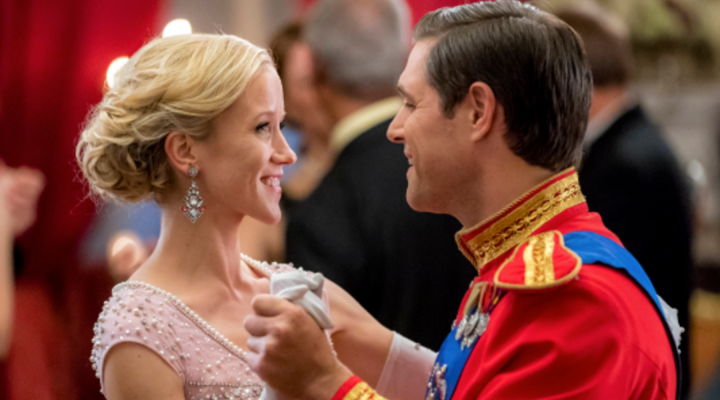 ‘Tis the season for cookies, presents and holiday movies. And we are not just talking about the classics like “It’s a Wonderful Life,” “A Christmas Story” and “Home Alone.”

Every winter the Hallmark Channel puts out a flood of new holiday movies. These movies might not be instant classics but they check off all the requirements for a holiday movie — they have snow, romance, and a happy ending.

The Hallmark Channel has spent decades perfecting its formula and has turned Christmas movies into a major source of revenue for the network. Let’s do the numbers on how they got there.

This year’s holiday programming began in the fall on Oct. 27, which was the first day of its “Countdown to Christmas.”

Hallmark’s holiday programming did not always span two months. But after the network realized that its audience really enjoyed holiday themed movies, they decided to capitalize on it, according to Michelle Vicary, executive vice president of programming and network program publicity at Crown.

“We did look at what ’25 Days of Christmas’ had become in people’s minds and said, ‘Wait a minute. We have a brand and a 100-year legacy. We should lean into that as much as we can and do more of it,’” she told Business Insider earlier this year. The strategy worked. “People started to say things to us, like, ‘I turn it on right after Halloween and don’t turn it off until New Year’s,’” added Vicary.

Hallmark now hopes that it can get its viewers to stick with them past the New Year’s celebrations. This weekend, Hallmark will premiere its new original movie, “Royal New Year’s Eve” and kick off its Winterfest programming, which consists of four new movies, each of which is set to air on a different Saturday in January.

This year, Netflix produced two original Christmas movies — “A Christmas Prince,” which inspired many a tweet-storm and “Christmas Inheritance.” However, with an archive full of movies and 33 brand new movies of its own, Hallmark does not seem to be too worried.

More than 85 million people are expected to watch the Hallmark Channel this holiday season, Vicary told Vox. By mid-December, that number was closing in on 65 million and was only expected to climb. The kick-off for Countdown to Christmas drew 17.6 million viewers this year — up from 15.2 million in 2016. According to AdWeek, this November Hallmark was the most-watched cable network among 18- to 49-year-old and 25- to 54-year-old women.

Those viewers translate into a lot of advertising revenue. Christmas programming from Hallmark’s Countdown to Christmas and Hallmark Movies and Mysteries account for one-third of the company’s annual ad revenue, according to AdWeek. S&P Global Market Intelligence predicts that the Hallmark Channel will bring in about $390 million in ad revenue this year and Hallmark Movies and Mysteries will bring in another $146 million. That’s also not accounting for other revenue such as licensing and streaming fees.

Laugh all you want about the cheesy dialogue and implausible plot lines, but these movies are actually good for the economy, according to David Anselmo, CEO of Hideaway Pictures. The company has produced several Hallmark movies that were filmed in Canada where Hideaway is based. He estimates that each movie spends about $1.2 to $1.5 million in the local economy and employs an average of 70 local crew members, 10 actors and 200 to 300 extras.