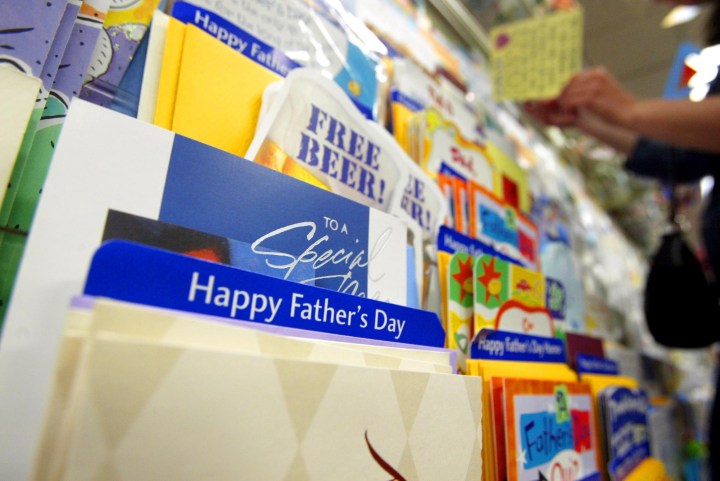 A view of Father's Day cards at a Hallmark store. Chris Hondros/Getty Images

A view of Father's Day cards at a Hallmark store. Chris Hondros/Getty Images

After the insurrection last week, the refusal by some Republican politicians to accept the presidential election results has led multiple companies to halt political donations, in the process highlighting their role in electoral politics.

HALLPAC — Hallmark Cards’ political action committee — announced this week that it’s asking Republican Sens. Josh Hawley and Roger Marshall to return the donations it had made to them ($7,000 and $5,000 respectively) following their failure to acknowledge Joe Biden’s presidential victory. It’s also pausing donations and plans to review its donation policies.

Hallmark having its own PAC may come as a surprise to some, but these days, a major company not having a PAC is more of an anomaly, said Eleanor Neff Powell, an associate professor of American politics at the University of Wisconsin-Madison.

Several other large companies across a wide range of industries, including Walmart, Google and Nike, have also decided to suspend political donations. The Hill reported on Friday that Republicans are now scrambling to distance themselves from members of Congress who voted against Biden’s election certification.

Powell said that while greeting cards may sound “trivial,” Hallmark is a major corporation and the people there care about the details of legislation that get passed. With political action committees, she noted that it’s not the company itself donating the money, but its employees and owners.

Hallmark Cards did not respond to request for comment by press time.

Powell explained that they’re giving disproportionately to incumbents, which is a strategy that other businesses employ. While in general corporate political donations tilt slightly Republican, companies donate to both political parties. She said they want to essentially talk to the people who are influential over the legislation relevant to their interests.

Thomas Volgy, a political science professor at the University of Arizona, said an overwhelming percentage of money that flows from PACs goes to people who are sitting in Congress, which he thinks has a chilling effect on democracy.

Recent bills that Hallmark Cards has lobbied on are related to the U.S. Postal Service, including the Postal Service Reform Act of 2018, which would allow the postal service to offer non-postal services to increase revenue and require portal retirees who receive federal health insurance to enroll in Medicare.

Powell said when you’re a greeting card business, that obviously involves mailing cards, so anything to do with, for example, the speed or delay at the post office is central to their business model.

There are corporations that don’t have a PAC, but they tend to be exceptions, said both Powell and Jennifer Heerwig, an associate professor of sociology at SUNY-Stony Brook.

“The weird ones, in a sense, are the ones that don’t play the game,” Heerwig said. She pointed out that even toy manufacturers like Mattel have one.

Powell said that once a company reaches a certain size, it’s more likely that they’ll have a PAC. “You have to have a certain magnitude of business for it to be cost efficient for them to engage in — for the benefits to be worthwhile,” she said.

One prominent company without a PAC that’s jumped out to Heerwig is Berkshire Hathaway.

“There are corporations that may simply choose not to participate in the influence game, but there are also other ways of gaining access,” Heerwig said. “So corporations can form corporate political action committees, but they can also lobby.”

And while a company may not have a federal corporate PAC, Heerwig added that it may be active at the state or local level, like being a member of their local chamber of commerce.

For businesses, being connected to politics is par for the course.