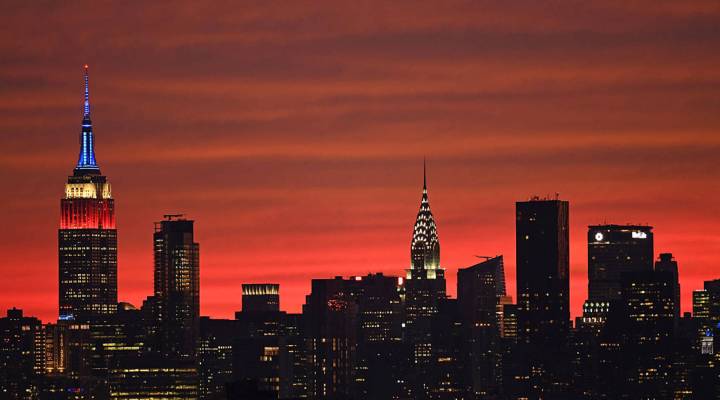 I turned 35 on Monday. And sure, getting older sucks. But it’s not my hair thinning that gets me, or that thing with my knee. The real existential gut punch of it all is that on Monday, I aged out of the coveted 18-to-34 demographic.

For decades, the 18-to-34 age group has been considered especially valuable to advertisers. It’s the biggest cohort, overtaking the baby boomers in 2015, and 18 to 34s are thought to have money to burn on toys and clothes and products, rather than the more staid investments of middle age.

“Eighteen to 34 has been regarded for so long as the young demographic,” said Michael Miraflor, global head of futures and innovation at the ad agency Blue 449. “So when you age out of that you’re like, ‘OK, now what am I considered?’”

Old, Michael! And, even more sadly, irrelevant. See, literally my entire adult life, from the minute I turned 18 until this week, my opinions have not only mattered — they’ve moved markets.

For advertisers, Miraflor said, “It’s about the opportunity to kinda convert those 18- to 34-year-olds into brands and products and services they’ll use for the rest of their lives.”

Miraflor explains that these big demographic “buckets” were created back in the “Mad Men” days, when age was a proxy for interests. Young people must like fizzy soda and fast cars; old people prefer iced tea and slow cars — sell them stuff accordingly. And if you want to help an old person feel young? Sell him a sports car, of course.

This gave me an idea. What if I could use my final days of relevance to sort of pull the culture towards me? Living it up, consuming all the stuff I love, I could signal to advertisers that my taste is what’s hip. Doing so, I could move the needle toward my taste one last time … before my taste stops mattering.

So that’s what I did. For example, I love ambient music; new-agey drones and tones type stuff. Last week I went to see some ambient artists perform. I bought the ticket with my credit card — that’s a data point CapitalOne will sell to advertisers.

I also posted all over social media: dozens of tweets and likes and snaps. Together, all those data points make a little data constellation, that, if it’s bright enough, tells advertisers “Hey. Look over here. This stuff must be cool — look at the coveted young person who’s consuming it!”

End result, said Lee Maicon, chief strategy officer at ad agency 360i, “You might start to see some of that music in some of the advertising you’re being targeted with.”

Maicon, who just so happens to share my same birthday, has brought me the greatest gift I could ask for.

In the era of big data, Maicon said age is just one data point. Now, things work almost the opposite of the way they did in the “Mad Men” days. If young people get into iced tea and slow cars — or, say, seltzer, vinyl records, mom jeans — advertisers will learn that from the data, and adjust the demographics accordingly.

In addition, Maicon said that “rather than see things by demographic, we’re able to see adjacent passions.”

If I really wanted to boost the signal on my music taste, he notes, I might have spent the last week consuming fashion and gadgets and fine dining, too. Then the data would correlate my taste in music with all of that other, coveted consumption.

But most importantly, Maicon assuages my biggest fear. That culture-hacking experiment I’ve been performing using my last week in the coveted 18-to-34 demographic to influence advertisers and tastemakers? The new big data paradigm means my age doesn’t matter as much as it used to — I can influence the culture just as much from my new demographic as I did in my old one.

Thank god for getting older.