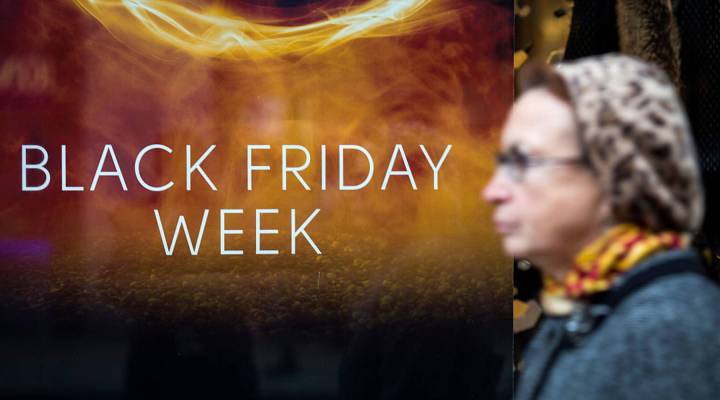 A sign for Black Friday deals is displayed in a shop window on Oxford Street on November 22, 2016 in London, England. Jack Taylor/Getty Images

A sign for Black Friday deals is displayed in a shop window on Oxford Street on November 22, 2016 in London, England. Jack Taylor/Getty Images

Great deals, lines outside the store and stampedes when the doors open  — sounds like a typical Black Friday. Except, in this case, we are talking about Black Friday in United Kingdom.

How did a country that does not celebrate Thanksgiving — and therefore does not get the day after off — end up importing one of the biggest shopping holidays?

“Amazon is one of the organizations that helped bring the Black Friday phenomenon over here to the U.K.,” said Paul Martin, U.K. head of retail at KPMG.

The first year that Amazon offered Black Friday deals in the U.K. was 2010. It didn’t take long before another American company decided to do the same: Walmart.

Back in 1999, Walmart bought Asda, a British supermarket company. And in 2013, Asda did what Walmart stores have been doing for years — it held its first Black Friday sale, offering deep discounts on big ticket items like TVs and other electronics.

“There was a huge amount of publicity and promotion behind it,” said Jon Copestake, chief retail and consumer goods analyst at the Economist Intelligence Unit. “People would take the morning off or go specifically early, wait for stores to open and then literally fight their way to the doors and buy things.”

And fight they did. That year, fights broke out at a number of the Asda stores. The following year, Tesco — another U.K. retailer — also offered Black Friday deals. According to reports, police were called to at least seven Tesco stores after fights broke out among shoppers and a woman suffered minor injuries after a TV fell on her.

“In 2014, I think everybody including myself was taken by surprise by the sheer ferocity of it, of the day, in terms of the way that the sales went and the way that people were literally fighting in stores for goods and items,” said Copestake.

According to him, the negative publicity surrounding the 2014 Black Friday events might have been enough to convince Asda to cancel Black Friday sales for the foreseeable future.

“The decision to step away from Black Friday is not about the event itself,” Andy Clarke, then-Asda CEO, told BBC News in 2015. “Over the last two years we’ve developed an organized, well-executed plan, but this year customers have told us loud and clear that they don’t want to be held hostage to a day or two of sales.”

And while that may be case for some shoppers, many U.K. consumers still plan to take advantage of the deals offered by other retailers. This year, they are expected to spend more than £10 billion during the week of Black Friday. That’s 4 percent more than last year.

Why the week of Black Friday?

“In the United States, it’s obviously the day after Thanksgiving,” Martin points out. “You guys have a day off on the Thursday for Thanksgiving. Many people then are not in work on the Friday. So it’s actually a day where a lot of people have time to go shopping both on the high street or in the physical world and also online. Here, in the U.K., Black Friday is a working day so not a holiday.”

For that reason many retailers offer deals throughout the week as well as online.

“In the West End, we found that there’s not so much a single Black Friday anymore. It’s more of a Black week,” said Kyle Monk, head of insight at New West End Co. The West End is a popular shopping and entertainment area in Central and West London. New West End Co. is a local retail association and represents more than 600 brands and retailers, including Louis Vuitton, Burberry, Chanel and Marks & Spencer. “Black Friday itself was actually the busiest week for the West End in 2016,” Monk said.

And while the deals lasted over the entire week, the majority of shoppers came out on Friday. To accommodate shoppers who have to work, large brands will stay open later, said Monk.

“We’ve seen a lot more retailers adopt it as they know that shoppers are primed to spend in that Black Friday period,” he added. “So last year I’d say was the first year that it went successfully. Many retailers said that they were involved in some way. Even if they didn’t call it Black Friday they promoted their wares in some way and definitely saw a benefit from that.”

Those who don’t make it out to the stores, tend to take advantage of the sales online.

“Interestingly, even though sales have continued to grow overall on Black Friday since [2014], the day has actually become much much less frenzied,” said Copestake. “It’s become much calmer and it’s become largely much more an online affair. In the same way that Cyber Monday has been in the U.S.”

With deals spread out over the week and many of them available online, most expect this Black Friday to go over smoother than U.K. Black Fridays of the past.

“The days of people queuing around the block to get through the doors are probably over,” said Copestake. “Although that’s not to say that the British probably won’t take us all by surprise and do it again any time soon.” 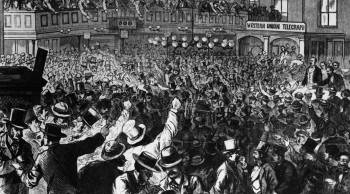