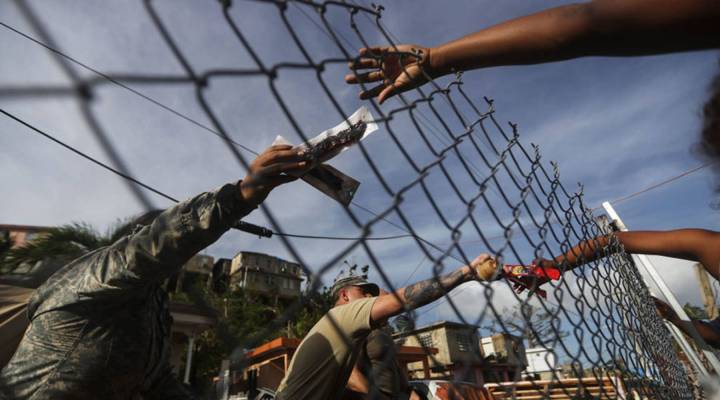 The Trump administration has asked Congress to pass the third disaster-relief spending bill this year in the aftermath of Hurricanes Harvey, Irma, and Maria, and the devastating California wildfires.

The funding request, if passed by Congress, would provide another $44 billion, bringing the total of supplemental disaster-relief spending authorized by congress this calendar year to around $96 billion. Among other things, it would cover FEMA disaster assistance to individuals and local governments, fixing federal facilities, and flood prevention.

But the request is already under fire as not offering enough money to affected areas. Texas, Florida, and especially Puerto Rico say they need tens of billions of more in funding to help recovery efforts. Puerto Rico alone has been reported needing $94 billion, a need the White House has said will be addressed separately, later.

But how do economic cost estimates from a disaster get turned into legislation?

As soon as a disaster appears on the radar, FEMA starts spending money to pre-position emergency personnel and supplies.

“At the first pass, you basically want to fill up a big bucket of money for FEMA to do acute relief – to provide food, shelter, temporary housing,” Richards said.

Then technical experts swoop in to start assessing longer-term needs for repairs, reconstruction, and risk mitigation for the next natural disaster, he said.

“Even in a place like Houston, that has significant infrastructure for city and state services, doing a fairly comprehensive survey could take months,” Richards said.

And that’s where we are now. Local and federal officials are looking at bridges, hospitals, levies, neighborhoods, then coming back to Congress and the Administration and saying what it’ll cost to rebuild.

“It then gets into politics,” said Adam Rose, an expert on disaster economics and public policy at the University of Southern California. “The Federal Treasury is strained, things are all coming at once, congressmen and the president many look like they’re not wanting to spend a lot of money.”

So members of Congress from disaster-struck regions have to lobby their colleagues who control the purse strings.

Take Florida’s devastated citrus groves. Hurricane Irma made landfall in southwest Florida and plowed north through the state’s agricultural heartland with 100-mph-plus winds, causing more than $750 million in damage to the citrus industry alone, according to an assessment by the state department of agriculture.

Jess Moore, chief of staff to Republican Congressman Tom Rooney, said her boss has been meeting with federal agriculture officials and GOP leaders, “to plead with everyone who will listen to him on the urgency and necessity of providing immediate relief to Florida’s agriculture industry, specifically the citrus industry.”

That money hasn’t made it into any disaster bills yet — including the funding request the white house just submitted to congress. But Moore says they’ll keep trying. 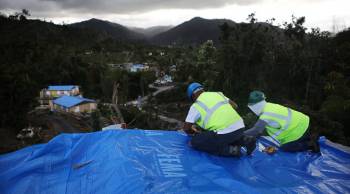