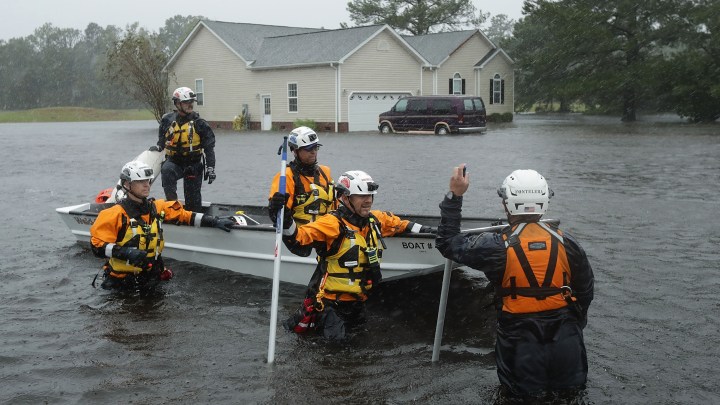 One of FEMA’s main goals for the next few years is to prepare communities for extreme weather, building what it calls climate resilience.

FEMA is probably most known for all the work it does after natural disasters, “but it truly has always been about helping people before, during and after,” said Victoria Salinas, associate administrator for resilience at the agency.

“That part of our mission of truly working before there’s something to respond to has taken a greater importance, a greater focus,” she said.

FEMA also has more money now for pre-disaster projects. The agency got $6.8 billion in the infrastructure bill, which it will use to help communities around the country mitigate their risk.

“It really does represent a tremendous potential pivot point for our national resilience,” Salinas said. A lot of that money, she added, is intended for low-income communities.

In the last four years, FEMA said, there has been a “change in disaster operations tempo” — especially due to wildfires and hurricanes.

The agency can deal with that reality in two ways, said Jeff Schlegelmilch at the National Center for Disaster Preparedness at Columbia University.

“One is, continue to put more and more into what you do after the disaster strikes. Or put the money in before disaster strikes. And there’s increasing data available showing the value of investment in preparedness,” Schlegelmilch said.

FEMA’s own data, he added, shows that every dollar spent on mitigation saves $6 that would otherwise go to disaster response and recovery.