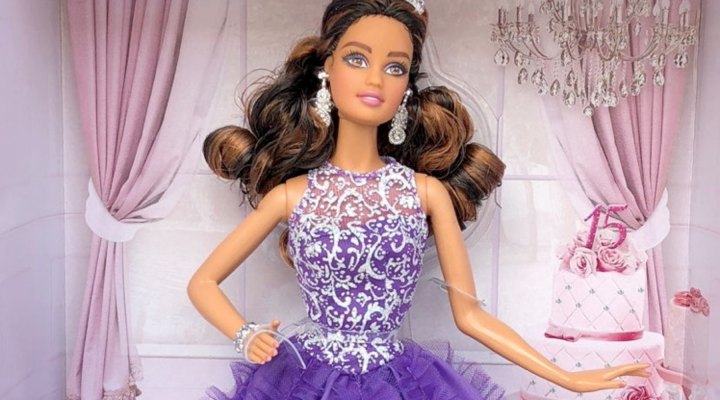 Close to 2 million girls were born in the United States in 2002. They are turning 15 now and some of them are celebrating with a quinceañera party, the big, elaborate, rite of passage usually celebrated by Latina girls.

The quinceañera industry in the U.S. is around a billion dollars and toy manufacturer Mattel is jumping in with a Barbie.

It is a logical move for the toy maker because as part of the ritual, quinceañeras receive a doll on the day of their party. During the party, the father and daughter have a dance where he presents her with the doll. It is believed to be their last doll or “última muñeca.” And, Mattel would like that doll to be its latest release: “Quinceañera Barbie.” But one challenge Mattel faces is that quinceañeras want the doll to look just like them.

Betzayda Esquivel, from Austin, Texas, is 15 and looks like the Quinceañera Barbie. But, Betzyda’s dress is coral and the doll’s dress is purple. Mattel isn’t yet offering other options.

Yesenia Esquivel is Betzayda’s mother. Speaking in Spanish she said that if the girls could personalize their dolls, “they would go wild, “if they [could] choose the skin and hair color and the color of the dress.”

Most quinceañera parties are as expensive and elaborate as a wedding. Parents spend $20,000 or $30,000 on the celebration. So, while something as minor as the color of the doll’s dress may seem trivial, it is a very important detail for the birthday girl, and a detail parents would be willing to spend money on.

The quinceañera tradition is becoming mainstream. Recently, Coca-Cola’s advertising campaign featured a quinceañera in one of its ads. And Disney is marketing its princess themed parties to quinceañeras too.

“Mattel and a lot of other places are just sort of scratching the surface on it,” said Aliya Ghows with the Austin-based Latin Works advertising agency. She believes demographic shifts mean there’s a deeper demand for products to meet the Latino community’s needs.

And companies are doing a better job of meeting those needs in a culturally sensitive way. Ghows said she sees fewer mistakes than she did in the past, when “there were a lot of sort of stereotypical Hispanic ads [and products].”

One reason? “These days,” she said, “consumers will call that out immediately.”