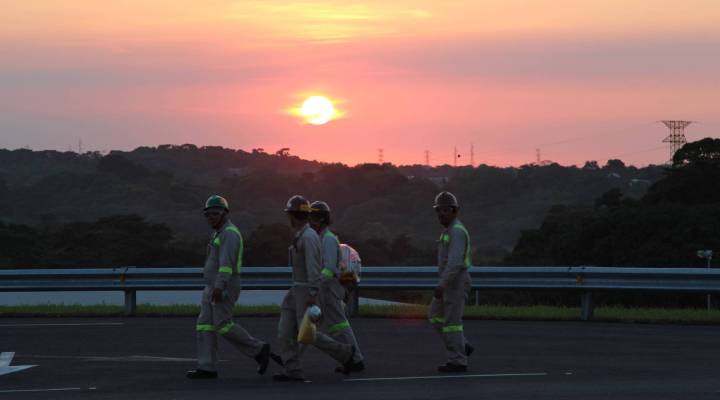 American energy companies are looking to enter Mexico’s oil, natural gas and electricity markets which have been open since 2014 to foreign participation for the first time since 1938. Major U.S. energy companies such as ExxonMobil and Chevron have entered the Mexican energy space. However smaller companies such as drillers, rig operators and seismic surveyors, the nuts and bolts of an industry that Mexico’s politicians hope will lift the economy, are hedging their bets because of a serious security threat that the Mexican government has said is rising — namely the theft of oil and gasoline from Mexican pipelines.

In the last few years, at least 120 workers at the state-owned oil company Pemex have been arrested for sharing inside information about the location of pipelines, which often run through sparsely-populated rural regions. Pemex has published statistics illustrating the rise in the theft from its pipelines, including the most recent known case of collusion between organized crime and either Pemex employees or other public servants working with Pemex.

The loss of oil and gas from Pemex pipelines currently totals more than $1 billion a year, leaving some U.S. companies skittish about entering the market, according to a recent report from Rice University in Houston. This phenomenon of lax security and alleged collusion are major red flag for U.S. investors. Mexico’s mantra is despite deep-rooted narco-violence, energy infrastructure is secure. Some Mexicans don’t buy that.

“They sell stolen gas in hidden places,” said taxi driver José Avina in Spanish while pointing to a side road. “But everyone knows where to find them,” he said of the huachicoleros, the pipeline thieves.

These days, songs celebrate huachicoleros as modern-day Robin Hoods fighting higher prices at the pump. Prices began rising in a staggered roll-out across Mexico in January when government subsidies ended as part of Mexico’s energy reform. The price rise triggered Mexico’s gasolinazo, a series of riots as drivers rebelled against the new gasoline price structure.

There are examples of politicians and high-ranking state police officers charged with working in the illegal trade of stolen gas. In June, a mayor in the state of Puebla was arrested , and previously the former head of the Puebla State Police and his chief of operations were removed from office after being caught while protecting traffickers as they took gasoline from a pipeline.

“You and I cannot go out and start looking for a pipeline and tap that pipeline. You have to know where it is and the right place in which to do it,” said Jorge Piñon of the alleged sharing by current and former Pemex employees of insde information. Piñon is the former head of Amoco Oil Latin America and currently the leader of the Latin America and Caribbean Energy Program at the University of Texas at Austin.

Deadly explosions, environmental damage and standoffs with the Mexican army are all consequences of the trade in stolen commodity.

“How can we reform our energy sector when shady actors on both sides of the law are involved?” asked Miguel Arturo Flores, a leader of the oil workers’ union.

For foreign investors, words like that mean market uncertainty. “It’s not just security, that is, the ability of companies to protect their pipelines or their trucks that deliver fuel and so on, but also to protect their personnel from kidnapping and from being robbed and assaulted,” said Tony Payan who heads the Mexico Center at Rice University.

Major U.S companies such as Exxon Mobil are opening branded gas stations in Mexico. But Payan said smaller companies like drillers and seismic surveyors are waiting before committing their capital.