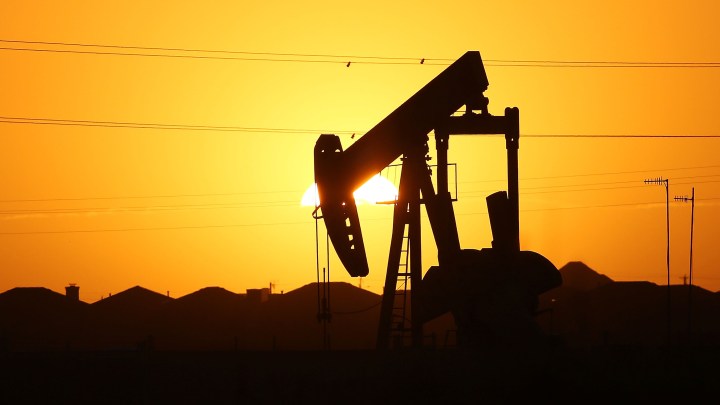 Saturday’s attack on Saudi Arabia’s oil infrastructure knocked out its ability to produce and export more than 5 million barrels a day — about half of its total capacity. Right now it’s a little hard to predict how long it will take Saudi Arabia’s oil production to rebound.

Saudi Arabia is the largest oil exporter in the world. But the world’s biggest oil producer is the United States. When a global event like the Saudi attack suddenly disrupts oil supplies, can the United States fill the gap to stabilize markets?

The U.S. exports about 3 million barrels of oil a day. To crank out a lot more than that would take time, said Jamie Webster, senior director of the Boston Consulting Group’s Center for Energy Impact.

“It would take six to 12 months before you would really see a substantial increase in U.S. production,” he said.

Oil producers would have to find new places to drill and set up the sites.

“And then, of course, this needs to be hooked up to a pipeline of some sort to then connect into the global system,” he said.

But Tom Seng, director of the University of Tulsa’s school of energy, said the U.S. is already short on pipelines.

“The last time I looked, there are some 8,000 wells in the United States that had been drilled, but they’re waiting on infrastructure before they can actually flow,” he said.

President Donald Trump says he’s told federal agencies to speed up approvals for new pipelines. He’s also authorized his administration to release oil from U.S. strategic reserves. And oil companies have their own reserves that they could sell globally.

“From a pure quantity of oil standpoint, certainly, yes, we could do this. We just don’t have the exporting infrastructure in place,” Seng said.

One problem? The water in our major shipping channels is a little shallow.

“A very large crude carrier can carry, like, 3 million barrels,” he said. “It could get into the ship channel. But as soon as you fill it up, it’s stuck. It can’t get back out.”

Infrastructure problems are one reason the United States, despite being the world’s biggest oil producer, is not its biggest exporter. But the International Energy Agency predicts that could change. It says with the pipelines and renovations in the works, the U.S. could close in on Saudi Arabia within the next five years.