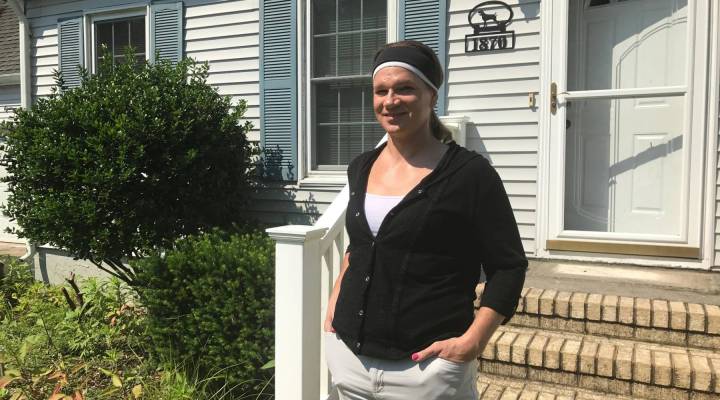 The cost of transgender health care is in the spotlight, both for veterans, and for active duty transgender troops.  The U.S. Department of Veterans Affairs announced shortly after President Donald Trump was elected that it was going to drop plans to cover those surgeries in part because of cost. Then, President Trump directed the Department of Defense to stop providing transition-related care for active duty service members in part citing “tremendous medical costs.”

When it comes to medical costs for transgender individuals, “what the research shows clearly is that the financial waste would come from firing perfectly competent transgender troops and training their replacements,” said Aaron Belkin, executive director of the Palm Center, a group researching military and gender issues.

The Department of Defense estimated the cost of training new recruits runs about $75,000 per service member.

In contrast, Belkin said the annual average cost of ongoing transgender care for hormones and gender therapy runs less than $700 per service member.

The debate about those medical costs is personal for 39-year-old Ashley Register. She’s a transgender veteran who started her transition while she was still in the military.

Register starting paying out of pocket for estrogen hormones in 2014 while serving at the Dover Air Force Base. (Until 2016, there was no policy in place to protect transgender troops from being discharged on the sole basis of identifying as transgender, so many did not seek treatment openly.) A year later she was honorably discharged because of unrelated hip problems, but she said she took the first severance package she was offered from the military, because she was so desperate to get out. It provided enough money to secure a home for her family in Dover. But ever since, her family has been living on disability checks.

“It’s been very hard scrapping together here and there, stretching out tax returns and anything just to pay the bills,” Register said. While in the military, Register hid her true identity as a woman. But eventually she got tired of doing that. “Because if I did, I think I would have gone down a dark road of not really loving life,” Register said.

She’d like to have sex reassignment surgery, and other cosmetic surgeries like an Adam’s apple reduction. But that seems like a far off dream now, since Veterans Affairs announced it will no longer cover those surgeries.

The future for transgender active duty service members also remains uncertain. Trump signed a memorandum directing the military to ban transgender recruits from serving in the military. Defense Secretary James Mattis has until February 2018 to decide if active duty transgender troops will be allowed to continue serving. Mattis has asked a panel of experts to review the issue.

In addition to hormone medications, some transgender individuals elect to have gender reassignment surgeries, like the male-to-female vaginoplasty surgery. These surgeries are important for patients’ mental health, said Christine McGinn, a Pennsylvania-based plastic surgeon specializing in transgender care.  McGinn charges around $21,500, including pre and post-operative care, for the procedure. However, the cost can vary depending on the hospital, physician and insurance. The Department of Defense does not have an estimate on how many transgender service members would like surgery.

“Just like a pregnant woman’s hormones move all over the place, we have to have the right hormones in our bodies for our brain to work correctly,” Herb said.

And the cost of not providing medically necessary transition-related care to transgender troops, Herb said, could be fatal.

A national 2015 survey of nearly 28,000 transgender individuals found that 40% of respondents have attempted suicide at some point in their lives.