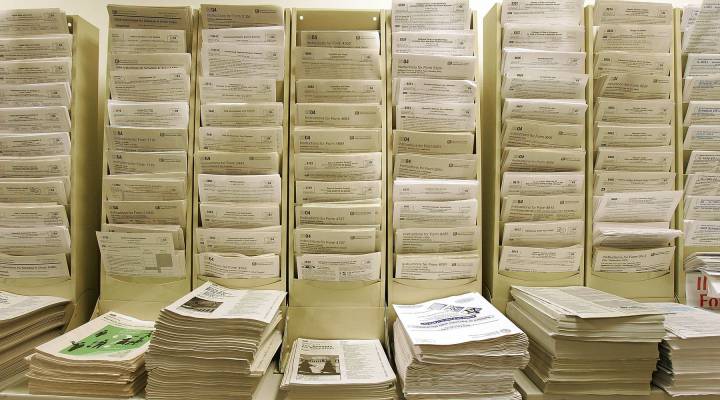 It’s easy to get bogged down in statistics when talking about economic news. Sometimes it helps to hear from a business person who actually participates in the economy. Lisa Goldenberg is the president of the Delaware Steel Co. and a frequent guest on Marketplace. Host Kai Rysdall talked with Goldenberg about her perspective on tax policy. Below is an edited transcript of their conversation.

Kai Ryssdal: Let me start with the question I always start with with you, which is how’s business?

Lisa Goldenberg: Business is good. We’re moving along fairly solidly. I would say margins are getting kind of squeezed. I think that in the steel world, people are a little bit uncomfortable these days. No one’s running out spending. It’s kind of uncertain times.

Ryssdal: Interesting. So to that end, let’s talk some policy things here that the White House is doing that it says and Congress says will help you in your business. I’m thinking specifically of tax reform. Where is an overhaul of the tax code on your list of things you want to see out of Washington?

Goldenberg: I would love to see some tax reform. I think that when you and I spoke last time and maybe even the time before, if we’re going to have this administration — and we have them good or bad, doesn’t matter — what can we hope to get out of an administration that might not be a first choice. Well, certainly, what we spoke about last time —infrastructure. Unfortunately we haven’t seen that yet. But I was very hopeful. And, next on my list would be tax reform, but we’ll see. I think we have a little bit of proposal burnout. Great ideas, some high hopes but not a lot of action.

Ryssdal: Are you still hopeful? I mean, it’s been a tough row to hoe here for the Republicans in Congress and the White House on their policy things.

Ryssdal: You know, that’s funny, because that’s not what you hear out of the White House and Congress.

Goldenberg: Right, that’s, let’s get real. Any business owner over a certain level will tell you essentially corporate tax is relatively low. And I believe that if we could simplify, modify, help small business — I think it’s the heart and soul of the American economy — and people will build inventories, buy equipment, hire more people, do the things they need to do to grow. And that’s businesses on everyone’s corner. That’s the beauty salon. That’s the garage. Most businesses are that. Not big — what I’ve learned millennials call enterprise companies — enterprise companies are the rest of the world. The rest of the world’s not suffering on taxes. The American people are suffering.

Ryssdal: You’re not thinking that you’re going to see a great marginal gain there on your part for Delaware Steel?

Goldenberg: For my business, for Delaware Steel, no. I would say in a more macro view, if you look at repatriating money and they come up with a way to bring that cash back. Let me say this, that if we don’t figure out a way to get that money back in this country, the European Union is going to figure it out, because they’ve got it right now on the floor being debated. So someone’s going to pay those taxes. I think Amazon just got hit with a giant tax. Someone’s going to pay those taxes. In my opinion, it should come back to the United States and we should figure out a way to get it back here without incentivizing people to open up in foreign countries. We have to sort of balance that out. And that money would really affect my business, because that money will help balance our economy.

Ryssdal: So we’ll put you in the hopeful but skeptical “it will get done” category? Or are you hopeful it’s going to get done?

Goldenberg: Pieces of it will get done. But I am not hopeful that we will have resounding reform. How could we? We have yet to see anything meaningful get passed.