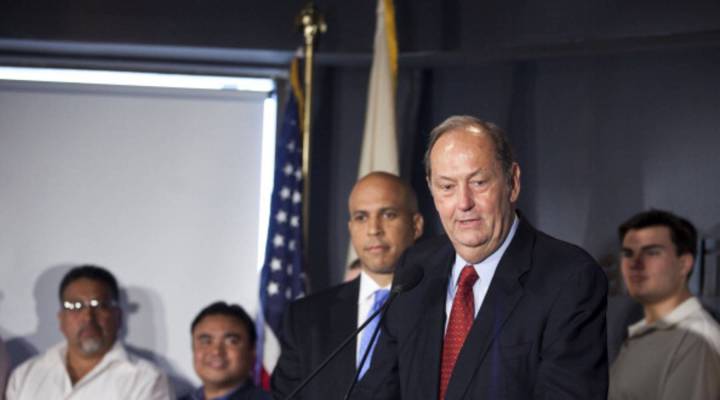 In Washington there’s an effort underway to pass some kind of tax reform. What that means is still uncertain … the last time the tax code was overhauled was 1986.

Former Sen. Bill Bradley, a Democrat from New Jersey, was one of the main authors of the 1986 bill. He joined Marketplace Weekend to talk about tax reform in ’86 and what it might look like today.

Lizzie O’Leary: Can you think of principles that would be popular across Capitol Hill right now?

Bill Bradley: Well I don’t think the principles have changed. If you talk about tax reform as cutting rates and eliminating loopholes, so you’re revenue neutral, then some liked to cut loopholes more and some liked to cut rates more, but in ’86 we had a meeting at the White House and I said “Mr. President we’re both for tax reform. You’re for tax reform because when you were an actor you paid a 90 percent marginal tax rate, and I’m for tax reform because as a professional basketball player I was a deappreciable asset.”

And the message there was there something in this for everybody. And we stayed together. Now we did have some principles. Principles are equal incomes pay equal tax. Not fair to have some people making the same income pay less because they use a loophole. Second, that those who have more should pay more. And third, that the market is a better allocator of resources than members of the Ways and Means Committee and Finance Committee.

O’Leary: What does that mean market allocates resources better than the Ways and Means Committee.

Bradley: That if I come in the Ways and Means Committee and I say you know I want to put in this tax credit for this kind of machine and that kind of place that my brother in law has. Okay well that benefits my brother-in-law … it doesn’t benefit you. Right? So if you instead said, well let them go out there and get a loan to try to buy the machine the market allocates the resources not the Ways and Means Committee.

O’Leary: This can be a seriously eyeball glazing conversation to anyone who’s just like “I don’t care.” Tell me why they should care.

Bradley: Because the person, your hypothetical person, is paying more taxes than they would otherwise have to pay if there were no loopholes. Because loopholes only go for some people not everybody. And so that’s the main reason you clean up the tax cut. So equal incomes pay equal tax. And so that those who have more, pay more. I don’t think anybody’s out there saying you know the wealthy shouldn’t pay more than the poor, and I don’t think people are out there saying I like paying more tax than I would have to pay if we got rid of these loopholes. So, I mean, this is a real thing, and it’s easy to get their eyes to glaze over if you get into the weeds. Stay high. Stay with the principles: equal incomes pay equal tax; those who have more should pay more; market allocate resources better than the members of the Ways and Means Committee. And follow those principles, and then you have a better chance of getting something passed.

O’Leary: One of the biggest loopholes that’s out there is the mortgage interest deduction. You guys kept that. You increased it. Was that a mistake?

Bradley: We didn’t increase it. We made a very practical decision, and this was because specific proposals were put out there. In my first bill, we dramatically reduced the mortgage interest deduction. Well we discovered how important this was not to 10 people or one company but to a lot of people, a lot of middle-class voters. And so we decided there were three or four things that we couldn’t touch. One was mortgage interest, one was charitable contribution, one was state and local property, one was the 401k plan. Now we said those we can’t touch those.

O’Leary: The mortgage interest tax deduction however does disproportionately benefit middle and upper income earners. When you think about how unequal a society we are right now … was that a mistake?

Bradley: No, I don’t think so, the year or two after the bill passed, the top one percent were paying more of the total tax than they were before. Why? Because we eliminate loopholes that they used. Did we eliminate all the loopholes? No. It’s a trade-off between a set of principles and political reality. And a really great leader always ends up more on the side of principles than on political reality which is often an excuse not to make real change. I was always someone… I liked to slay the dragon. I like to go out there and do something that nobody I said could be done. And that’s what we did in 1986.

O’Leary: From where you sit now, and I guess we should note that you sit at an investment bank. You sit at a very prestigious firm here in Manhattan, and you look at what is happening in Washington around tax reform … what do you see?

Bradley: No, think that there were three very specific proposals people could get their heads around and say “I agree with that. I don’t agree with that.” And the battle took place in that area about those subjects. Until you have something that is out there, it will be a mystery. Tax reform is, you know, the blind date. What is he going to look like? Or how is she going to talk? It’s the blind date. Let’s get let’s get the blind date out and see what the bill is.

There are some basic tax principles most people can agree with