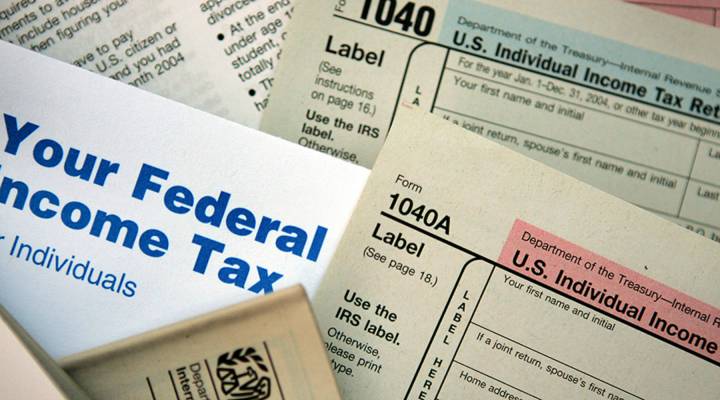 Last year, when Hollywood released a big-budget thriller starring Ben Affleck as an accountant turned ruthless killer, Kim Dula was all over it.

“I actually watched it twice,” she said. First she watched with her husband, then she made her kids watch it. “And I said, ‘See — your mom really isn’t just a dorky CPA.'”

Dula loves danger and suspense on screen, but she could do without it in her accounting practice. And, she said, the suspense and uncertainty around the new tax bill are killing her clients. Dula said they’re in a frenzy about the fate of their cherished deductions. They’re asking: “Is it going to expire and isn’t going to come back and are they going to make it retroactive?” she said.

Keeping clients’ blood pressure under control comes with the territory. “That’s sort of our job,” she explained. “And that’s what we’re here for.”

But the uncertainty is hard on accountants. They need that tax law signed, sealed and delivered so they can get to the real work at hand — discovering new loopholes to exploit.  Brian Thompson is an accountant in Little Rock, Arkansas. He said you start with the big stuff. “You always look for things that weren’t there before that could benefit your clients, as well as harm them,” he said.

Things like reconfigured tax brackets. Or lower taxes on income from business partnerships. Or changes to sections of the tax code on write-offs.

“So certainly you’re looking for those special items like increases in Section 179,” he said, drifting into accountant-speak.

Section 179 is the section of the tax code on write-offs. Once he’s identified the new stuff coming in, Thompson said he looks for what’s going to go away, like the deductions for state and local income taxes and what fancy footwork can be used to make up for the loss. But not all accountants are created equal. So, what separates the really successful loophole hunters from everybody else?

“It’s being able to play chess rather than checkers,” said Michael Graetz, a professor of tax law at Columbia Law School. “You’ve got to see several moves ahead rather than just one or two.” Like identifying a novel way to create a loss that can offset taxable gains. It helps to have an opponent who’s not quite as skilled, Graetz said.

“You often have world champion chess players playing against — if not amateurs — much lower paid and busier professionals,” he said.

Those would be the professionals at the IRS. But at the moment, there’s not much for anyone to work with. The Republicans’ tax outline is only nine pages long. The last time there  was tax reform, the Reagan administration released nearly 500 pages of detailed proposals way in advance.

When Republicans introduce their actual tax bill later this week, “the accountants and lawyers will start pouring over it to see where the gaps are, where the possible advantages are,” Graetz said.

And when they find them, the hunt for loopholes will give way to a lobbying free-for-all to influence things before the bill becomes law. But it won’t stop there. Back in 1986, not long after President Reagan signed tax reform legislation, lobbyists began going after what they couldn’t change earlier, like tighter taxation of corporations’ foreign earnings.  Now? That’s just a distant memory.