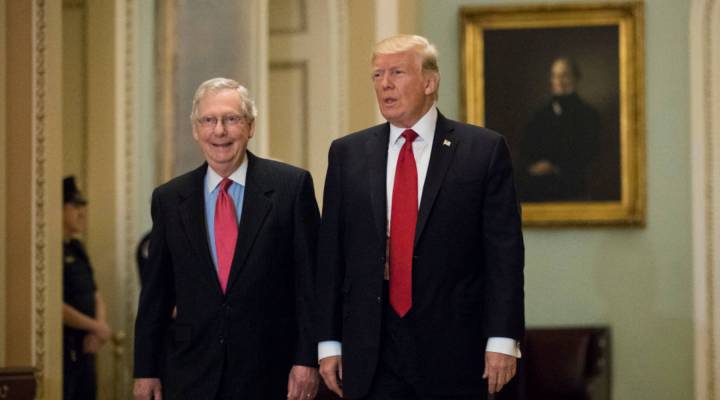 The House of Representatives and Senate have approved the 2018 budget, paving the way for a tax overhaul. Now the real show begins.

The House is expected to release its tax plan next week. Somewhere on Capitol Hill, Republican lawmakers on the House Ways and Means Committee are hammering out a tax plan. And if they aren’t sleep deprived now, they’re going to be.

“As they get closer, they will be meeting late into the night,” said Ken Kies, who directs the Federal Policy Group. He was chief Republican tax counsel for the Ways and Means Committee when Congress reformed taxes in 1986. “I can remember conferences where we were there at 4 a.m. live on CSPAN with someone from the Treasury Department behind me dead asleep, snoring.”

The basic structure of any tax plan is hashed out in lots of long, private meetings. The objective for the plan right now is pretty simple:

“Raising revenue to get all the goodies,” said Jeff Birnbaum, co-author of “Showdown at Gucci Gulch,” which chronicled tax reform in the ’80s. The goodies are lower tax rates for some. “What individuals and industries will have to pay more for those benefits,” Birnbaum said.

And while lawmakers are crunching and recrunching numbers, keeping tabs on the optics of what they’re doing, and otherwise trying to wear each other down, they’re also contending with something that they didn’t have to back in, well, ever: presidential tweets.

“The president is sending out tweets from the White House, and it may well be completely the opposite of what he supported the day before or the week before,” said Sen. Byron Dorgan, who was on the House Ways and Means committee during the 1986 tax reform.

That, he said, makes lawmakers’ jobs even tougher, but not impossible. At the end of the day, Ways and Means will write the bill it wants to write. Lobbyists, the Senate, and the president will all get their turn.