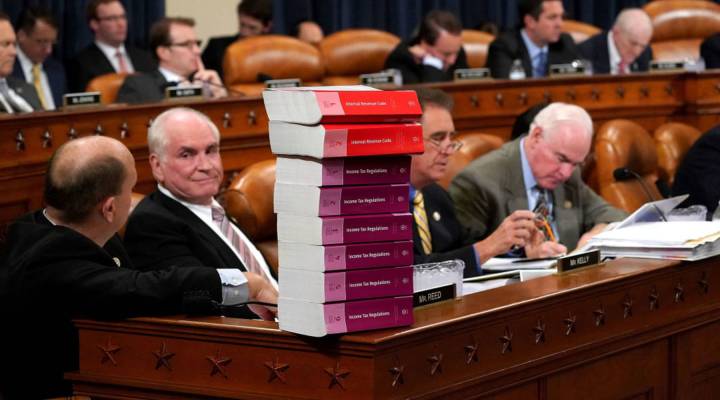 Members of the House Committee on Ways and Means are continuing to markup the Republican tax bill. It’s day two of a process expected to last several days as special interest groups lobby to get their tax burdens lifted.

While lawmakers are likely to give attention to key aspects of the legislation, there are some little-known provisions in the 400-plus-page bill meant to appeal to social conservatives.

One of the biggest wins – particularly for pro-life activists – is language in a provision related to college savings plans, otherwise known as 529 plans. The provision explicitly lets parents set up a plan for an “unborn child,” defined in the legislation as a “child in utero.”

“This is a concrete recognition within the U.S. tax code that a fetus is an unborn child,” said Mark Jones, a political science fellow at Rice University’s Baker Institute.

Another provision would get rid of the Johnson Amendment – which prohibits tax-exempt religious organizations like churches from endorsing candidates or engaging in other political activity.

Lawmakers often include these kinds of provisions when they’re having trouble advancing legislation directly, said Vanessa Williamson, a fellow at the Brookings Institution.

“And I think that’s even more true this year because the Republican party has struggled to bring much home for their constituents,” Williamson said.

She said Republicans are already planning to pass the bill without Democratic votes — so including language to gin up support among social conservatives will come with little cost.