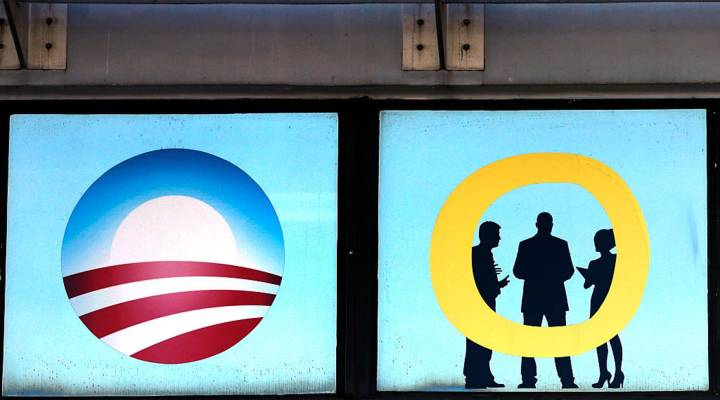 After the U.S. Department of Health and Human Services announced it was slashing its Obamacare marketing budget by 90 percent on Aug. 31, agency spokespeople cited “diminishing returns” from its television, radio and Internet ads that encourage people to sign up for health insurance.

“The Obama administration doubled spending on advertising (from $50 million to $100 million) and saw a 5 percent decline in enrollment,” an HHS spokesperson said in a conference call with reporters after announcing the cut. “People are aware the products are out there,” one official told reporters, “and they are aware they can sign up.”

HHS officials told Vox on Aug. 31 that the agency “had not done any studies of the efficacy of enrollment advertising or whether public awareness is indeed quite high.”

However, HHS documents obtained by Marketplace show that the agency had evidence its marketing efforts had been working at the end of 2016. Thirty-seven percent of all new sign-ups from November to mid-December 2016 — those who had never enrolled in Obamacare before — were the direct result of money spent on ads, up from 20 percent the year before, according to a January 2017 internal memo.

HHS did not respond to a request for an interview.

Under the Obama administration, health officials not only invested in an ACA media blitz, but also in measuring its efficacy, said Joshua Peck, former chief marketing officer for the federal health insurance exchange HealthCare.gov.

Peck estimates that over his three years as Obamacare’s top marketer, the department spent at least $500,000 to assess and fine-tune the campaign.  He said that included testing marketing messages and evaluating digital advertising campaigns. Outside consultants developed advanced models to predict enrollment based on different advertising strategies, Peck said.

“All of that research points to the fact that there is a causal relationship between advertising and enrollment,” Peck told Marketplace this week.

Evidence to Obama administration officials that the outreach was paying off came on Dec. 15, 2016 — the first enrollment deadline for that year. The next day, at his end-of-year press conference, President Barack Obama said, “Yesterday was the biggest day ever for HealthCare.gov. More than 670,000 Americans signed up to get covered, and more are signing up by the day.”

In a Feb. 2, 2017 post on Medium, Peck argued that outreach could have been even more effective. “Based on the performance analysis we did earlier this year, I’d expect that about 35% of that enrollment or about 350,000 people were lost due to Trump shutting down the bulk of the outreach budget days before the deadline,” he wrote.

A lot is riding on the next open enrollment period, which begins Nov. 1, and has been cut to six weeks from three months. HHS said it plans to target most of its $10 million outreach budget to digital media, emails and text messages. “These outreach methodologies have proven the most effective in reaching existing and new enrollees,” the agency said.

A smaller budget in a tighter window means fewer young and healthy consumers will buy coverage, said Andy Slavitt, former acting administrator for the Centers for Medicare and Medicaid Services.

“This will hurt the quality of the risk pool” he said. “It’s going to bring up the cost of premiums for everybody.”