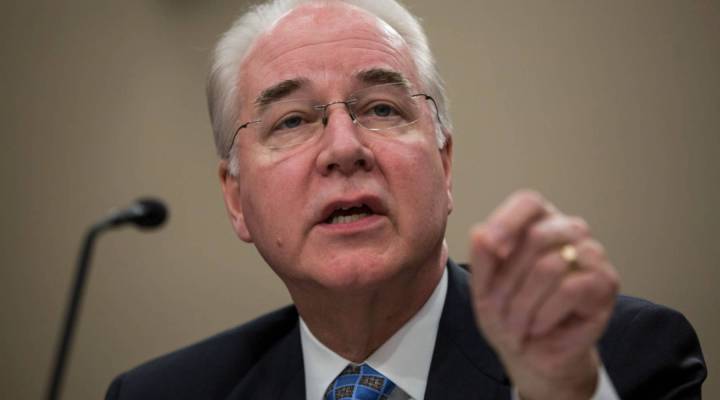 We’ve said it, President Trump said it, even House Speaker Paul Ryan said it. Obamacare is here to stay — for now. Conservatives must work within the confines of the Affordable Care Act. But Tom Price, as head of Health and Human Services, can still make lots of changes on his own.

Earlier this month, Price tweeted: “there are 1,442 citations in the ACA where it says ‘The Secretary shall…’ or ‘The Secretary may,’…we’ll look at every single one.”

“An administration that’s committed to undermining the ACA is really only limited by its imagination,” said Jill Horwitz, a law professor at UCLA.

Without help from Congress, Horwitz said Republicans can’t change the law, but rules on how to execute the law are fair game.

“The ACA, the legislation, was the skeleton, and the Obama administration put the meat on the bones,” Horwitz said. “And if the Trump administration wants to undo the ACA, it can work systematically to take the meat off the bones.”

One place some of that meat may come off: the essential health benefits. That’s the list of 10 benefits insurers must cover, including hospitalizations, prescription drugs, mental health services and maternity care.

It’s not like the Trump administration will cut the 10 benefits down to four. But Joe Antos, with the conservative American Enterprise Institute, said it’s more like they could limit the scope of the whole thing.

“The question isn’t will maternity coverage, as an example, be eliminated, but rather what constitutes adequate coverage for maternity benefits,” Antos said.

Antos expects Republicans to look at watering down benefits with an eye toward lowering premiums. That would drive up costs for people who need care.

It’s the kind of quandary Republicans will continue to wrestle with as long as they remain in Obamacare handcuffs.