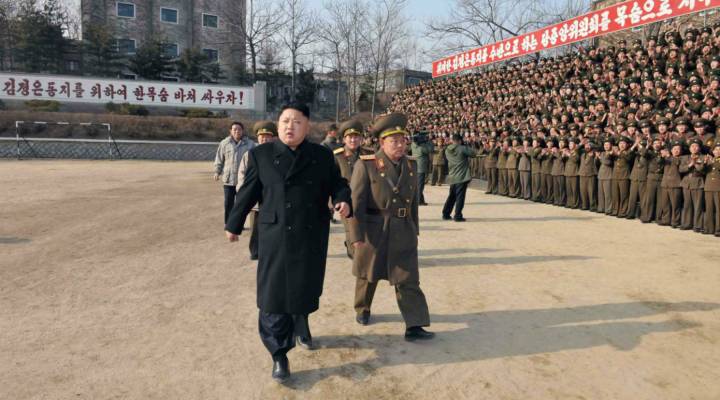 This weekend, the U.N. Security Council sanctioned North Korea in a move backed by China. Then came a report that North Korea had made a major step forward in its nuclear ambitions by miniaturizing a nuclear weapon meant to fit inside a missile. Following the report, President Trump said North Korea would be “met with fire and fury like the world has never seen” if it continued making threats, a declaration that was later countered by North Korea threatening a strike against the U.S. territory of Guam.

But paradoxically, while tensions are ratcheting up, there’s a chance for diplomacy.

Ian Bremmer, founder of Eurasia Group, a political risk consultancy, argues that while the situation could escalate given the temperaments of both countries’ leaders, Secretary of State Rex Tillerson has paved the way for direct talks. Below is an edited transcript of our conversation with Bremmer.

David Brancaccio: When you hear that level of rhetoric coming from the White House, and then an almost immediate answer from Pyongyang, do you see this as moving into a new, more dangerous phase?

Bremmer: It’s both more dangerous, but it also is more pregnant with possibility. I mean, what people aren’t talking about is the fact that Secretary of State Rex Tillerson, at the same time, has opened the door for direct conversations with the North Koreans if they temporarily — at least — stop with their missile testing. Which is frankly a much bigger crack in the door than we would have seen from the Obama administration or the Bush administration. So I think it’s more likely that we have military confrontation. It’s also more likely that we see these two sides engaged in negotiations.

Branacaccio: So keeping an eye on what Tillerson’s up to would be part of your advice.

Bremmer: Trump has just had the single-biggest win in foreign policy since he came to office over 200 days ago, which was a 15-0 Security Council resolution in favor of tougher sanctions. He’s gotten the Chinese on board and others in part through bluster and a willingness to be more risk-acceptant. Certainly he’s prepared to continue with that strategy. The problem is that North Korea is more dangerous — their ability to engage in cyber attacks, grab a lot of cash from people, break things. Also, their nuclear and ballistic missile capabilities makes them a more clear and present danger to everyone out there, literally as every day goes by. So even though there are opportunities, the fact that both Trump and Kim Jong Un are two leaders with really no foreign policy experience who are both prone to make the big gesture and not have good ways to back it down, means that this is a very different environment to North Korea than we’ve ever seen before.