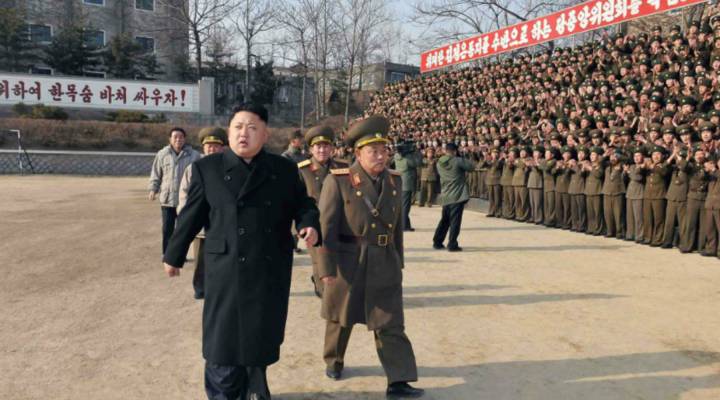 SHANGHAI — China has agreed to impose U.N. sanctions on its ally and neighbor North Korea. The trade restrictions come after North Korea carried out a fourth nuclear test in January and launched a long-range rocket the following month. China has announced it will ban the import of gold, iron ore and other mineral imports from North Korea, as well as halt the export of jet fuel to its neighbor.

For China to actually go along with U.N. sanctions against an ally like North Korea is a big step, and it’s one that Western countries are seeing in a very positive light. China is, after all, North Korea’s most important ally and its most important trading partner. So symbolically, this is an important move from China’s government.

But, the devil is in the details. There are key exceptions to China’s sanctions on North Korea that threaten to water down any meaningful impact on North Korea’s development of a nuclear weapons program. First off, China has not banned the import of North Korean coal. Under the sanctions, China will continue to import coal from North Korea as long as the money is used for the “livelihood of North Korean citizens” and not spent on the country’s nuclear program. How China’s money is spent once it enters North Korea is nearly impossible to keep track of, though, and China spends billions on North Korean coal each year. Last year, North Korea exported 20 million metric tons of coal to China, making it China’s third-largest coal supplier.

China may be reluctant to place meaningful sanctions on North Korea due to its own flailing economy. China’s entering a slower growth reality, and the last thing it needs is an economic collapse of a neighbor that it shares a one-thousand-mile-long border with. Should North Korea collapse, the scenarios for China aren’t pretty. First off, you’ve got the issue of North Korean nuclear weapons and what would happen to them just across the border. Secondly, and perhaps most importantly, if North Korea should collapse, you’re looking at a potential of millions of North Korean refugees streaming across the border into China. It’s a scenario that has the potential to be worse than the Syrian refugee crisis in Europe.